Government: For The SMEs 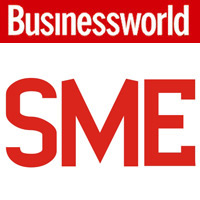 Udayami Helpline — Prime Minister, Dr Manmohan Singh, inaugurated call centre 'Udyami Helpline' which will provide all the relevant information and details to the interested entrepreneurs regarding the scope of the business operations they may want to venture into, loan facilities, government schemes  and other modalities of setting small units. With the initiation of toll free number 1800-180-6763, the government primarily aims to serve the needs of the entrepreneurs who face problems on a wide range of issues which include - credit availability, technology, marketing, various MSME schemes and other important subjects through a single point facility. This will further strengthen the reach of the government all across the country. The services are available on this number between 6 am in the morning to 10 pm in the night everyday all throughout the year including Sundays and holidays. The facility that would be available in both the languages - English and Hindi would also help in registering complaints and grievances with various central and state government agencies dealing with MSMEs, including banks.

IPR Facilitation Center - Apex industry chamber, FICCI, launched an IPR facilitation centre at Federation House (FICCI), New Delhi, in association with the ministry of Micro-Small and Medium Enterprises (MSME). The FICCI-IPR facilitation centre is equipped to offer quality services in all areas of Intellectual Property Rights and comprises of a panel of technical and legal experts having extensive knowledge in the field of Intellectual Property Rights.

Protection of the produce will promote further innovations and will provide a competitive edge to every enterprise, especially to those who belong to MSMEs units. The ministry of micro, small and medium enterprises expects to achieve the target towards setting up 40 intellectual property facilitation centers (IPFC) in the country before the end of the eleventh five-year plan in 2012.

Apart from the lack of access to credit, one of the biggest challenges facing the Indian MSMEs is that of marketing as they struggle to grow and develop in an increasingly competitive and globalised economy, wherein, they not only face competition from the large domestic industries but also from companies based abroad.

Such an initiative is expected to play an important role in marketing the SME sector, so that it can attract investment in this sector and make it financially lucrative one.

Upgrading technological solutions and bringing in new, modern and innovative ideas is a key step forward towards strengthening the growth of this sector and such strides are a positive movement to boost the growth of the SME segment.

break-page-break
Government Policies: What's In It For SME'S?
The Government has proposed various policy initiatives in Budget 2011. Some of the key initiatives taken by government towards the development of different sectors are mentioned below:


All these measures clearly show that most of the institutional support services incentives are provided by the Central Government, in varying degrees to attract investments and promote industries with a view to enhance industrial production. SME policy initiatives at the national and state level are aimed at strengthening the role of SMEs at the base as well as at the higher level.