Google Maps Out The Future 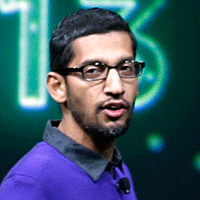 08 November, 2014
Print this article Font size -16+
A significant chunk of the world watched Google’s I/O event for 2013, at least a million of them via livestream on YouTube. The event was aimed at the 6,000 developers present at Moscone Center in San Francisco and many thousands more in 460 extended I/O sites in 90 countries. But because it’s not just technical developer-speak, it’s watched just as avidly by anyone interested in the immediate future of technology. The keynote presentation, given by several Google top brass, clocked over three hours and took up every major product, outlining updates and plans to an excited audience which, incidentally, was attended by many

Indian developers as well. It is a sheer impossibility to sum up a three hours of announcements in a few words, but here are some of the highlights. Broadly, the theme for Google’s products is that they will be deeply personalised and contextual, giving a user information, content, and activities when required. Essentially, using Google’s services, a person can see a world unique to him or her. This isn’t in the distant future, but is in the process of happening. Users of Google Now can update today and check out the new Reminder and other changes.

Sundar Pichai, Google’s new chief of Android (who is also in charge of Chrome) spoke of the 900 million Android users that signify a staggering momentum over a period of five years. Hugo Barra, VP of product management for Android talked of gaming, the Play Store and tools immediately available for developers. To the regular user, there are less battery-draining apps to look forward to and geofencing which will work to give location-sensitive information and working across different devices.

Vic Gundotra Google+ senior vice president, Engineering, spoke of the need to integrate communication, specially messaging. Google+’s Hangouts will be the hub for messaging and will include photo and video sharing. Google+ will now be able to handle large size photos and include photo enhancing and editing features.
Photos will also be able to be merged to create one where everyone is smiling. Google+ will itself be redesigned.

Some major enhancements to search are in the offing, as described by Amit Singhal, Google’s top Search executive. Search will use the Knowledge Graph and both anticipate and personalise searches. A search like “Show me my photos of New York” will pull out the relevant results, for example. Voice will be front and centre
in search, with users being able to search a lot more by voice and ask questions to get responses in voice as well. Voice search will also come to Chrome on the desktop.

Maps, as Daniel Graf, director of Google Maps described, will have a social element with recommendations from friends and contacts. Maps are now redesigned to include beautiful detailed realistic views including the inside of some places such as the Vatican. Maps will also learn from what you need and search for and will

adapt to give you more detailed views, tailored to you. You could, for example, get to see restaurants recommended by friends on a map and from there, zoom in straight to photos of the restaurants. Deals and offers will also integrate with maps.

Other announcements included a much anticipated subscription streaming service called Play Music All Access. This allows a user to upload music and also access. The app combines music available on the Play Store. On the hardware front, there were no products except for a Google version of Samsung’s Galaxy S4 which will have Android’s stock version running instead of Samsung’s customised interface and skin.

The last leg of the keynote presentation was the appearance of CEO Larry Page who has been suffering from vocal chord ailments in recent months but nevertheless took many questions from the audience as he took the stage at the I/O event. Larry Page spoke of the need to focus on the positive rather than on industry rivalry and of the need to move fast to create new things at a time when immense change was taking place.