After showing off their new products, Google has officially launched the new Nexus smartphones, the Nexus 5X and the Nexus 6P, in India. Both the smartphones come with new 12.3MP cameras, fingerprint scanners, USB Type-C ports and of course the latest Android 6.0 Marshmallow update. 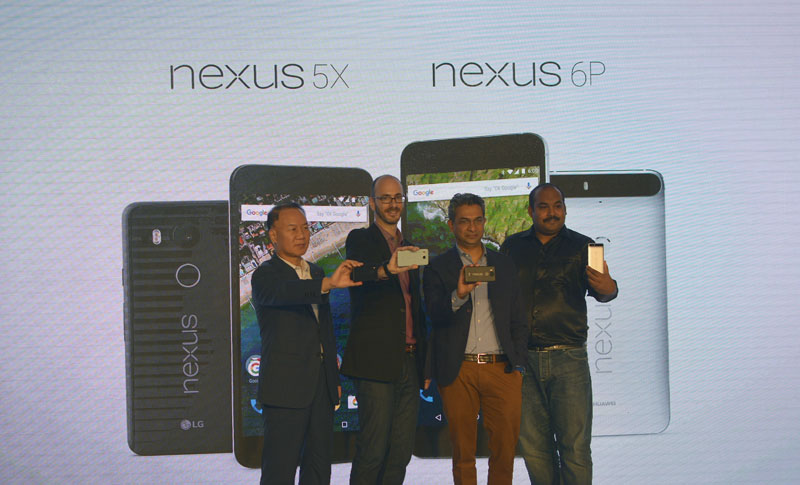 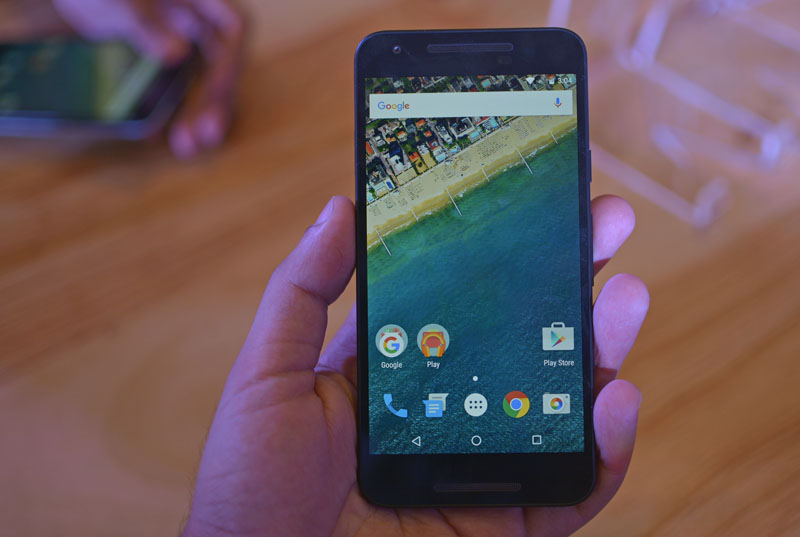 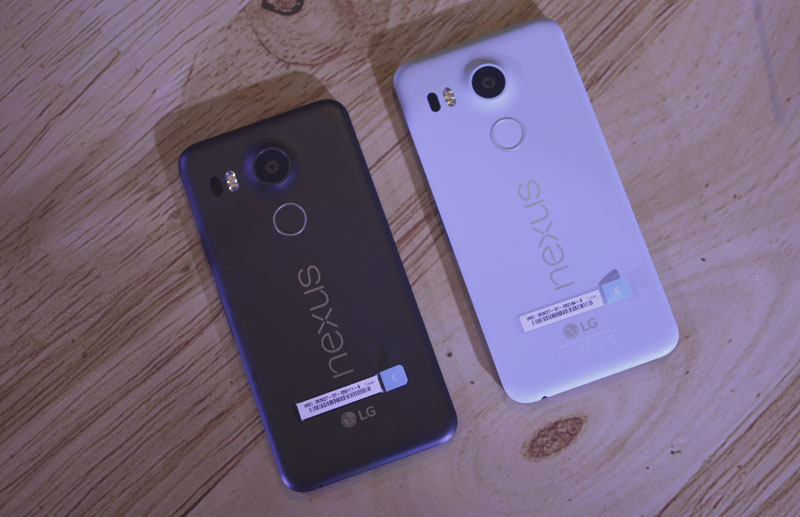 The Nexus 5X is the more smaller and the more affordable out of the two. It is made by LG yet again making it the third Nexus from the Korean brand. The 5X looks quite similar to its predecessor, the original LG Nexus 5, but now comes with a 5.2-inch display with a full HD resolution and a slight bulge for the camera lens. The handset is all plastic but has a premium finish and feels surprisingly very light in the hand. There is also a fingerprint scanner at the back which Google calls the ‘Nexus Imprint’ and at the bottom there is a USB Type- C port which is reversible and supports fast charging. Hardware specifications of the Nexus 5X include a Qualcomm Snapdragon 808 hexa-core processor, 2GB of RAM, 12.3MP rear and a 5MP front cameras, a 2,700mAh battery and Android 6.0 Marshmallow. It will come in three colour options Carbon, Quartz and Ice with prices starting at Rs. 31,990 for the 16GB model and Rs. 35,990 for the 32GB model. The handset will be available online and offline on major retail stores and will be coming with limited period offers which include a free Bluetooth headset, free screen replacement for up to six months and a Rs. 3,500 cashback offer on HDFC bank credit cards. 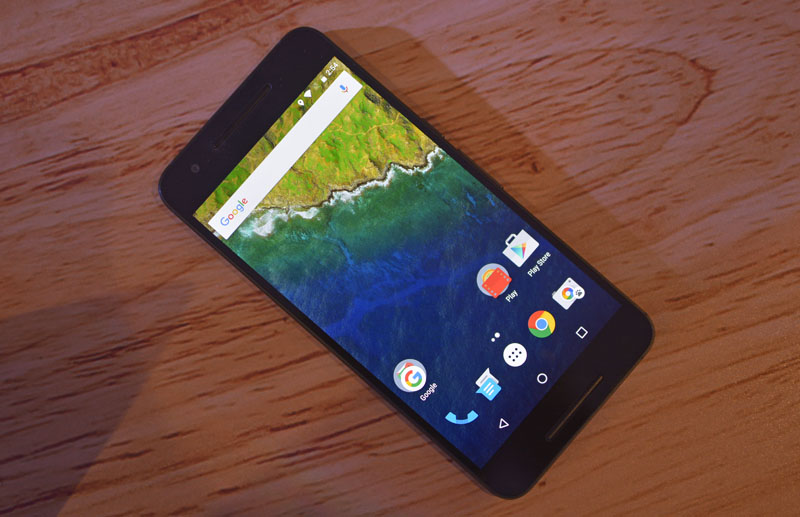 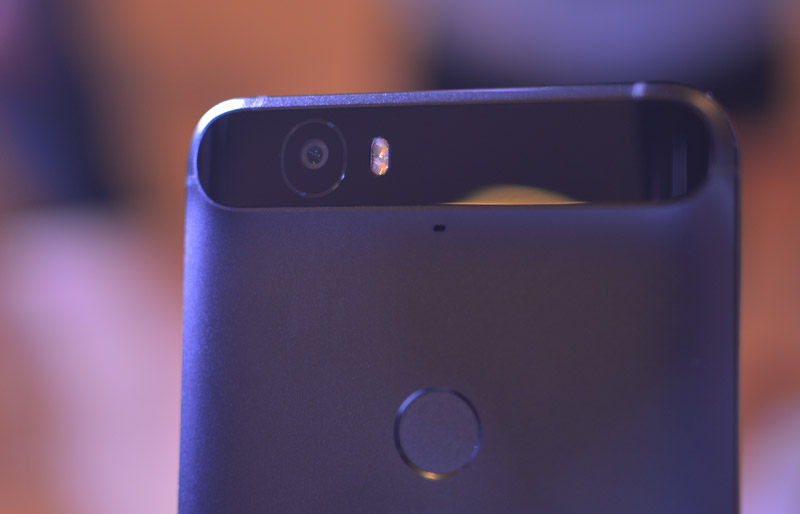 The larger Nexus 6P is made by Huawei this year making it the first Chinese smartphone maker to make a Nexus smartphone. It is also the first fully metal Nexus smartphone with diamond cut edges Just like the 5X it feels very light and doesn't feel that big for 5.7-inch device. Speaking of which the display is quite sharp and bright using an AMOLED panel. You the get the same Nexus Imprint fingerprint scanner at the back, USB Type-C port and the 12.3MP rear camera which Google says captures up to 92 per cent more light due to the large pixel size. The 6P also comes with a better 8MP HDR camera on the front for promising selfies. The hardware of the Nexus 6P includes a Qualcomm Snapdragon 810 octa-core processor, 3GB of RAM, a 3,450mAh battery and of course Android 6.0 Marshmallow. It will arrive in two colour options, Aluminum and Graphite with prices starting at Rs. 39,999 for the 32GB version and Rs. 42,999 for the 64GB. Sadly there is no news on the 128GB model. The Nexus 6P will be available on Flipkart and other online and offline retailers with limited period offers including a free Chromecast or a Bluetooth speaker with every purchase and Airtel 4G double data offers.
David Shapiro, Managing Director of Marketing for Android, said ‘Google is committed to the Indian market and wants to provide the best Android experience through these new devices.  The company is excited to be working with the smartphone vendors and hopes to bring more updates in the coming future.’ While the pricing of both the Nexus smartphones is not ridiculously high, it is still higher than the US pricing. David commented that the pricing for Nexus devices is not set by Google but depends on the manufacturers, network providers and various partners.
The pricing is definitely not very competitive but considering the last Nexus by Motorola was an expensive deal, the new Nexus smartphones don’t feel out of their way. Google has also kept options for consumers in terms of screen size as well as pricing with the 6P being a more premium product and the 5X providing the same features in a more affordable and less premium package.
Pictures: Kunal Khullar
Tags assigned to this article:
Nexus 5X Nexus 6P Nexus India launch google android Android 6.0 Android Marshmallow nexus google india smartphone David Shapiro kunal khullar