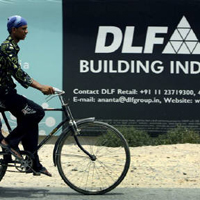 Capital value expectations in India have turned positive for the first time in over a year, reflecting the first signs of recovery in the Indian commercial property market, says a survey by the UK-based Royal Institution of Chartered Surveyors (RICS). The turnaround is relatively evenly spread across the three major sectors of commercial property — office, industrial and retail. Rental expectations, however, remained negative — rents are still expected to decline, though at a lower pace.

India has done better than major economies such as the US, the UK and Japan, where capital value expectations for the fourth quarter of 2009 remain negative. Other signs of an ease in the downturn include an increase in occupier demand for the second consecutive quarter and at a faster pace than in the last quarter.

On the supply side, new projects continued to shrink compared with three months ago, while available space has increased. Use of incentives such as rent-free periods increased at a slower pace in the third quarter.

Also, the fall in the number of bidders for each property was slower. Transactions continued to fall as per the survey, but at a much slower pace than in the previous quarter. In fact, the net balance of respondents reporting a rise in investor purchases turned positive in the office sector.

The survey showed that rental freefall was easing across global property markets. Hong Kong and Brazil showed sharper recoveries with rentals actually expected to rise in the fourth quarter. Capital values are also expected to rise in some emerging markets.

The RICS Global Commercial Property Survey is a quarterly survey that tracks trends developing in commercial property investment and the occupier market; it is conducted across 10 major markets.