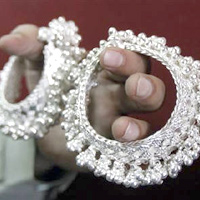 Global markets traded on an upbeat note in the last fortnight even as risk appetite rose in global markets after European Central Bank (ECB) President Mario Darghi said all necessary steps will be taken to save the European economy. Expectations of stimulus measures from the US Federal Reserve along with easing of monetary policy from China also acted as a positive factor for the markets. Spot Gold prices increased by more than 2 per cent in the last fortnight taking cue from the positive global market sentiments. Moreover, a weaker US dollar index (DX) also supported the upside in price. The yellow metal touched a high of $1,629.10/oz in last fifteen days and closed at $1,623.44/oz on 27 July. In the Indian markets, MCX gold prices rose 1.7 per cent and closed at Rs 29,776/10 gms on 27 July. Spot silver prices also gained 1.6 per cent during the last fortnight. The white metal touched a high of $27.85/oz and closed at 27.73 on Friday. On the MCX, silver September contract gained by 0.7 per cent as the Indian rupee depreciated marginally.

The base metals pack traded on a negative note except for lead, owing to the rise in LME inventories which added downside pressure on prices. However, sharp downside in prices was cushioned by the weakness in the DX along as also upbeat global markets sentiments.

Copper prices dipped 2 per cent on a fortnightly basis on fear of slower growth in Chinese economy. However, weakness in the DX coupled with 0.5 per cent decline in LME Copper inventories to 250,300 tonnes, cushioned a sharp fall in red metal prices. On the domestic front, prices declined by 1.4 per cent.

However, depreciation in the Indian rupee prevented further fall in prices. Nymex crude oil prices rose by 3.5 per cent on account of rising tensions in West Asia and expectations of seasonal cut in production from the Organisation of Petroleum Exporting Countries (OPEC). Additionally, upbeat global market sentiments and expectations of stimulus measures from US and Chinese economy also supported the upside in prices. On the domestic bourses, prices rose by more than 4 per cent as a result of depreciation in the rupee.

Outlook
Precious metals, base metals and crude oil prices are expected to trade on a bullish note on back of expectations of stimulus measures from the US and Chinese economies along with a weakness in the Dollar Index (DX). Also positive statement from ECB President will act as a supportive factor for the markets.

Appreciation in the Indian rupee, however, may cap sharp gains on the MCX.

Agri Commodities
After witnessing sharp gains in the first half of the fortnight, prices of many agricultural commodities witnessed sharp correction on fears that government may consider certain measures to curb the rising prices of essential commodities. Price rise was mainly attributed not only to poor monsoon in the domestic markets, but also to unfavorable weather conditions across global, mainly the US. Although gap in sowing has narrowed down to 9.9 per cent from 14 per cent a week ago, sowing continues to lag amid patchy rains. Oilseeds, pulses, coarse cereals, paddy and cotton witnessed a drop in acreage by 1.1 per cent, 17.8 per cent, 22.65 per cent,  8.72 per cent and 6.9 per cent, respectively.

Oilseeds complex extended the rally during the first half of the fortnight with soybean prices touching historical highs on the back of poor monsoon in India and concerns over US soy output amid the worst drought in 56 years. However, with forecast of rains in the US bought some relief to the oilseeds prices in the global as well as domestic markets. Moreover, with 7 per cent increase in the area under soybean, prices witnessed further selling pressure. Thus, soybean settled with a marginal gain of 0.9 per cent, while mustard settled 2.3 per cent higher in the last fortnight. Ref soy oil and CPO witnessed correction on the back seasonally higher production of CPO during the period and comparatively lower demand this festive season.

Among spices, turmeric posted the highest gain of around 9 per cent on expectations of lower acreage and below normal rains so far in the turmeric growing regions of Nizamabad and Erode. Jeera that witnessed robust gains earlier on account of export demand amidst lower supplies from Syria and Turkey, settled 1.5 per cent lower on profit taking towards the end.

Grains complex that witnessed a significant jump in the previous fortnight eased slightly on fears of government intervention to curb the spiraling prices. NCDEX Wheat prices settled 0.6 per cent higher. However, a sharp drop in Kharif maize acreage and damage to US corn crop led their prices to remain at high levels. Kapas prices witnessed mixed sentiments as international markets are remaining under downside pressure, while sentiments in the domestic markets remain firm amid poor monsoon and lower sowing. Sugar prices gained 5.6 per cent higher on expectations of lower output next season as a result of below normal rains that may hamper yield of cane crop which is in the growth phase. Chana, that touched record high levels during the fortnight, witnessed sharp correction towards the end on fears government may take some measure to curb the rising prices of Agri commodities.

Outlook
Unlike non-agri commodities which are more prone to macro economic factors, agri commodities take cues mainly from the demand supply fundamentals of the commodity. However, apart from demand supply fundamentals, monsoon rains and government policies also, to a large extent, impact these commodities. With the impact of poor monsoon, already being discounted in the Prices that are at record high levels, government may intervene to curb the rising prices of these commodities. Thus, we expect prices to witness downside correction for most of the agri commodities in the coming fortnight. However, if monsoon remain truant in next two months, then prices are expected to rebound in the months to come.