Gold Has All The Glitter 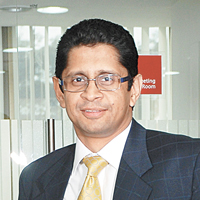 Thus, based on the above price behaviour of gold, it cannot be referred to as a bubble.

All the reasons for gold's price action till date, as analysed, continue to exist. There are further reasons as to why gold will continue to do well:

Gold has also done well during every crisis:

The next 6-12 months have a high probability of Europe and the US slipping, and this could lead to a serious loss of faith in paper currency. Logically, the shift will be fast and the price behaviour then could be seen as a parabolic upside.

In fact, if the world is able to overcome all uncertainties and growth gets back on track — a low probability — because of the excessive M2 money supply due to central banks printing money; there will be huge inflationary risks. Gold is again the best hedge.

Gold will continue to march ahead and can give absolute positive returns in the region of 15 to 20 per cent at least in the next 12-15 months.

I recommend at least 10-15 per cent of one's portfolio be allocated to gold. It is difficult to time the purchase of any investment — I would be comfortable buying gold below $1,600 per ounce. Gold could remain weak in the short to medium term as long as the Euro remains under pressure and thus the dollar continues to be strong. Once the euro issue is out of the way, the fiscal issues of the US government, anaemic private investment, and consumption growth concerns would again take centre stage, leading to weakening of the US dollar (weak  dollar is positively correlated with gold price). So in the medium to long-term, I am positive on gold.

There are various methods that allow investors to either buy gold, or gain exposure to gold price movements. From physical purchase to buying gold online, from ETFs and complex financial products to mining stocks, the most appropriate gold investments will depend upon the investor's specific requirements. Though, while purchasing physical gold, one has to be very careful of the purity, ETFs are a reliable and  flexible option.

Disclaimer: The views expressed are personal and do not reflect the views of Kotak Mahindra Bank Ltd.