Godfather In The Boardroom 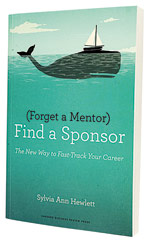 08 November, 2014
Print this article Font size -16+
If you are ambitious and want to be in the C-suite in the corporate world some day, then Sylvia Ann Hewlett’s book could give you a perspective on how to get there. It’s not what you know; it’s who you know that matters in the corporate board rooms - a very widely accepted reality now.

Hewlett makes a stronger case for this reality, especially for women, in the first chapter of her book and gives her own story — from her childhood in a Welsh coal-mining town to where she is today, a powerful leader who chairs a private sector consortium of 75 global companies. She attributes her success to sponsors who helped her reach where she is today.

The book is written in three parts. The first part defines the role of a sponsor and mentor for a protégé. Very simply put, a sponsor is someone who has a large circle of influence in the industry, commands a lot of respect, trusts the protégés and becomes their champion. This is a give-get relationship. They sponsor the protégés because they also get something in return. For example, their success makes the sponsor look good even more and, in many ways, increases their circle of influence further.

A mentor, on the other hand, offers advice, acts as a sounding board and doesn’t expect anything in return for his services. It is a very informal relationship and doesn’t have any particular objective.

The second and third parts of the book lay down a roadmap for protégés to chalk out their dreams, identify sponsors and be aware of the pitfalls in this journey. Protégés also need to identify their core strengths which the sponsor can rely on. After all, the protégé has to deliver as per expectations. So it’s very important for protégés to build a track record with sponsors by first getting their support, demonstrating abilities to them, approaching them with clear objectives and finally offering a quid pro quo. The author has provided abundant examples to prove her point. She simply  tells you how to build one’s network, identify people who can take your career to a different level that friends and mentors cannot.