Diesel is a cheaper option than gasoline at this time of year, in at least a decade, as inventories surge and mild temperatures reduce heating demand. 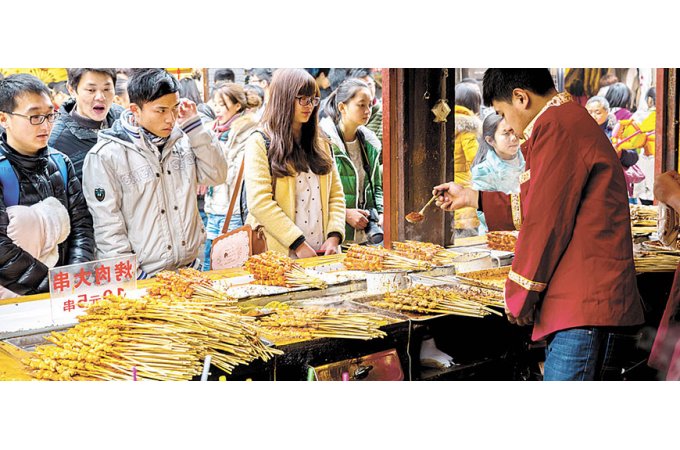 Diesel is a cheaper option than gasoline at this time of year, in at least a decade, as inventories surge and mild temperatures reduce heating demand. Diesel is typically pricier than gasoline in the winter as more fuel is burned to heat homes, on top of the usual transportation demand. Distillate supplies in the US grew by 5 million barrels, according to the Energy Information Administration, pushing supplies to the highest level this year since 2010. A strong El Nino is expected to keep temperatures above average. The typical household that uses oil is expected to burn about 533 gallons this winter, down from 609 a year ago, according to the EIA.

Parents’ Benefits
Netflix expanded parental benefits for hourly workers in its streaming, DVD and customer-service divisions, granting full pay for maternity leave, including paternity and adoptions as well. Hourly employees in Netflix’s streaming operation will receive 16 weeks at full pay for maternity, paternity and adoptions, the Los Gatos, California-based online TV network said. For DVD-by-mail, it’s 12 weeks, and customer-service workers will be covered for 14 weeks. The added benefits narrow the gap some between hourly employees and salaried streaming workers, who get up to one year off as new parents and can take as much vacation time as they see fit. Netflix and other tech employers like Amazon.com have increased benefits for new parents to attract talent in a competitive marketplace.

A New Order
Twitter, which normally displays the most recent posts first, is experimenting with a new order that shows users the most relevant content first, as in Facebook’s newsfeed. The change is meant to make Twitter easier for people who may visit the site less frequently, and would therefore miss the best tweets. It’s being tested with a small percentage of users, many of whom are posting angrily on Twitter, saying they want to return to the original format. “This is an experiment,” Twitter said. “We’re continuing to explore ways to surface the best content for people using Twitter.” Twitter has already rearranged the chronology of its posts on a smaller scale, with a “While You Were Away” section at the top of a stream of 140-character limited tweets. The current test expands that effort.

No Spinoff
Yahoo shelved plans to spin off its stake in Chinese e-commerce giant Alibaba Group Holding, under pressure from activist investors worried about billions of dollars in taxes. It said it is looking at creating a separate company to hold the rest of its assets. The decision, after three days of board deliberations, is an explicit rejection of CEO Marissa Mayer’s plan to spin off the stake and may cloud her focus on reviving Yahoo’s core business of selling ads on its popular news and sports websites. Investors were unenthusiastic as they digested the complexity of the “reverse spin-off”. “You’ve got a sinking ship right now,” said Jeffrey Carbone, senior partner with Cornerstone Financial Partners in Cornelius, North Carolina, a former Yahoo shareholder. “Yahoo is just a company in trouble.”

Path To Profit
Ford Motor plans to invest an additional $4.5 billion by 2020 in programmes to broaden its offerings of hybrids and electric vehicles, CEO Mark Fields said. He said it will launch late next year a new version of Ford Focus electric car that has a 100-mile range and can recharge in 30 minutes. It also plans to add 13 new plug-in hybrid, hybrid, or electric vehicles to its lineup by 2020, moving to more than 40 per cent the share of the company’s vehicle lines that will be electrified.

Minor Damage
Volkswagen has said it understated carbon dioxide emissions on fewer vehicles than initially feared. The statement has provided some relief to the automaker as it battles a wider diesel emissions scandal affecting up to 11 million cars. Europe’s biggest car maker says its investigations found it had understated fuel consumption — and therefore carbon dioxide emissions — on only about 36,000 vehicles, compared with its preliminary estimate of 800,000. It also said it found no evidence of unlawful changing of CO2 emissions data.

Negative Numbers
The Swiss National Bank (SNB) left interest rates at a record low and maintained its pledge to intervene if needed to push back against pressure on the “significantly overvalued” franc. Announcing its decision, the SNB said its measures continue to help weaken the currency, which has been a weight on the economy, holding back growth and pushing down inflation. It maintained the rate on sight deposits at minus 0.75 per cent, as forecast by 15 of 19 economists in a survey, and kept its target range for three-month Libor unchanged.

Positive Sign
China’s consumer inflation picked up last month, boosted by price gains for food and services, signaling demand in the world’s second-largest economy is stabilising after accelerated fiscal stimulus and a year of interest-rate cuts. The consumer-price index rose 1.5 per cent in November from a year earlier, the National Bureau of Statistics said, compared to the 1.4 per cent median estimate in a survey and 1.3 per cent in October. The producer-price index fell 5.9 per cent, compared to a projected 6 per cent drop, extending declines to a record 45 months.

Continuing Membership
Russia has no plan to cancel its membership of the International Monetary Fund after it changed its operating rules in a way that may support Ukraine in a debt dispute with Russia, finance minister Anton Siluanov said. Kiev may default on a $3-billion debt to Moscow on 20 December, which would have puts its IMF-led $40 billion bailout at risk. But the IMF, which has 188 member nations, agreed to change its rules to allow it to keep supporting countries even if they fail to repay official debt.

Mission India
Mercedes-Benz is stepping up expansion of its car dealer network in smaller Indian towns to tap growing wealth and aspirations for global luxury brands. The Daimler division, which this year is opening 10 of its 15 new outlets in locations other than in big cities, is seeking to win more buyers by getting closer to them, Roland Folger, Mercedes’s CEO in India, said.