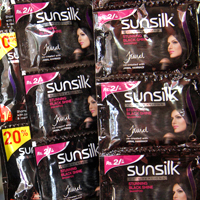 08 November, 2014
Print this article Font size -16+
Global companies betting on India's potential as a consumer market are looking beyond the worst patch in a decade for Asia's third-largest economy and investing billions of dollars in the country. In the biggest recent deal, Unilever is spending up to $5.4 billion to lift its stake in its Indian subsidiary, Hindustan Unilever, the country's largest consumer goods maker.

Inbound M&A into India totals $9.86 billion this year, the highest in Asia, Thomson Reuters data shows, pointing to growing confidence among overseas firms in the potential of a 1.2 billion-strong consumer market.

"India as a country is under-consumed. That is changing," said Amitabh Mall, a partner at the Boston Consulting Group.

For now, however, an economy in the doldrums is poised for only sluggish recovery. While long-crippling inflation is finally easing, a general election due next year and fractious parliamentary politics have stalled many economic reforms.

In 2012, foreign direct investment into India dipped about 7 per cent to $29.3 billion. By comparison, FDI into China saw a decline of about 10 per cent, but it attracted $111.6 billion.

Overall capital investment in India is likely to have risen just 2.5 per cent in the last April-March fiscal year, down from 14 per cent two years earlier, and there is little of the desperately-needed investment in infrastructure, which would ease inflationary bottlenecks and also stimulate growth.

In the consumer sector, despite the long-term attractiveness of India, demand remains weak.

P. Balendran, vice president of General Motors Co India, expects industry-wide car sales in India to fall 2 or 3 per cent in the fiscal year that started in April, slightly better than the 7 per cent drop in the most recent year but a far cry from the 30 per cent growth of three years ago.

"The market is absolutely sluggish. We don't expect sales to pick up any time before the festive season," he said, referring to the holidays that begin around October.

A slow economy and high inflation have crimped spending not just on big-ticket goods like cars but also discretionary items. Jubilant Foodworks <JUBI.NS>, the franchise owner for Domino's Pizza and Dunkin' Donuts, said same-store sales in the March quarter grew 7.7 per cent, down from 26.3 per cent a year earlier.

Green Shoots?
On the bright side, the Indian economy has bottomed, although the central bank's expectation that it will grow 5.7 per cent this fiscal year, up from 5 per cent the previous year, is a grim outlook for a country that aspires to double-digits.

Bankers and fund managers say private equity investment in Indian infrastructure could pick up, leading to better prospects for growth.

"There's a perception that the government is no longer in denial as far as the economic reality of India is concerned and is trying to take some steps to correct that," said Sonal Varma, an economist at Nomura in Mumbai.

Despite the slump, consumer spending in India is on track to rise from nearly $1 trillion in 2010 to $3.6 trillion in 2020, or annual growth of 14 per cent, said Mall at Boston Consulting, faster than the global average of 5.5 per cent and the 9 per cent average expected for emerging economies over the same period.

Overseas companies are especially ardent thanks to cheap capital, whereas Indian companies are held back by high domestic interest rates. Also, for global companies, India offers better growth prospects than they have at home.

Meanwhile, some of Chidambaram's efforts are bearing fruit. Recent investment plans like Malaysia-listed AirAsia's formation of an Indian airline with the Tata group and Swedish furniture giant Ikea's $2 billion store roll-out projected over 15 to 20 years are the direct result of reforms made last year in the aviation and retail industries.

Gulf state Qatar recently bought a 5 per cent stake in Bharti Airtel Ltd for $1.26 billion despite 13 straight quarters of falling profits for India's biggest telecoms carrier, as subscriber growth and usage trends suggest the worst may be over for one of India's most beaten-down industries.

More To Be Done
Still, India's signature reform of 2012, allowing in foreign supermarket chains such as Wal-Mart Stores Inc, has yet to find takers. Operators are seeking clarification on sourcing and infrastructure rules, and none has applied to enter.

Further reforms, such as a push to increase the limits on foreign ownership in insurance and a land reform bill, stalled when the latest parliamentary session ended early amid noisy political acrimony.

A national election due by May 2014 means the window for Chidambaram to enact more of his agenda is narrowing.

A key deterrent to more investment is often-unpredictable tax treatment of foreign companies in India.

A year ago, corporate investors were horrified by India's efforts to impose a $2 billion-plus retrospective tax on Vodafone <VOD.L> even after the highest court ruled in favour of the mobile carrier. While Chidambaram has said he wants the matter resolved, the dispute drags on.