New York [US], December 18 (ANI): American supermodel Gigi Hadid who welcomed a baby girl in September, shared a glimpse of her first snow walk with her daughter.
On Friday (local time), the 25-year-old star shared an adorable picture of herself with her daughter, strolling for their first public walk which also marked the first snow season of her baby girl.
Hadid looked all packed up while sporting a giant black coat along with a newsboy cap, a black mask, and over the knee white boots.
Striking a thumbs up pose on the roads covered with snow, Hadid looked all prepared to take a joint walk with her daughter who she concealed inside a Bugaboo stroller.
"Her first snow," she wrote with the picture which accumulated more than one million likes; within a few minutes of being posted. 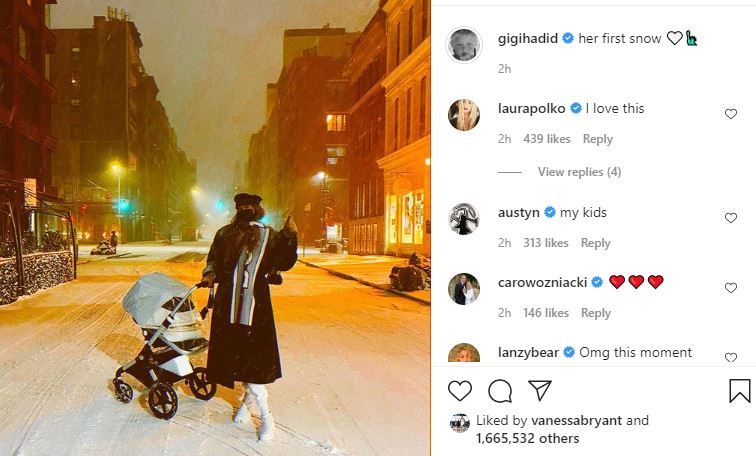 Hadid welcomed her first child with her boyfriend and 27-year-old singer Zayn Malik. The former 'One Direction' member announced on Twitter on September 23 that he became a first-time dad. Later that night, Hadid also shared the baby news and posted another black-and-white image featuring Malik and their daughter holding hands. (ANI)