Getting India Back On Growth Path 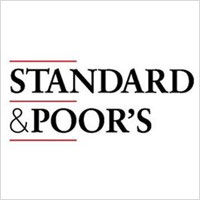 08 November, 2014
Print this article Font size -16+
Credit rating agencies are back to prodding the India economy on the growth path. On Thursday, 14 March, 2013, Standard & Poor's repeated its previous stance that it may revise India's outlook to "stable" from "negative" if the government implements initiatives to reduce structural fiscal deficits, improve investment climate and increase growth prospects.

The comments were made in a report on Asia-Pacific Sovereign Ratings dated 13 March' 2013. Of course, this also means that a downgrade is likely if India's economic growth prospects dim, its external position deteriorates, its political climate worsens, or fiscal reforms slow.

India's sovereign rating is currently at "BBB-minus", the lowest investment grade, which signals at least a one-in-three likelihood of a downgrade within the next 24 months.

It was only last week that Moody's had cautioned the government against targeting double-digit GDP expansion saying any growth beyond 7 per cent without reforms will fuel inflation that will result in "more painful" future adjustments.

"Some government policymakers, most notably RBI Governor D Subbarao, have begun pushing for a return to double-digit growth. This is wildly optimistic and, without significant structural reform, a dangerous view to take," Moody's Analytics, an arm of ratings agency Moody's, said.

Moody's is the only one of the three major credit agencies, to have a "stable" outlook on India's ratings after Standard & Poor's and Fitch cut the outlook to "negative" last year.

The call for reforms came on a day when government released data to show India's headline inflation has picked up in February on higher fuel costs. But as another measure of price pressures cooled, hopes remained high that the RBI will deliver a rate cut next week.

However, the expectations were dampened as RBI Governor D. Subbarao said inflation reading of above 6 per cent demands tightening of the monetary policy stance.

"Monetary policy is inevitably the first line of defence to guard against inflation getting generalised through unhinged inflation expectations," the Governor said, adding he wants inflation to ideally be in the 4-6 per cent range

HSBC, Morgan Stanley Cut Growth Prospects
Morgan Stanley and HSBC each cut their India's economic growth forecasts for 2013-14 to 6.0 per cent from 6.2 per cent to reflect lower-than-expected growth in the October-December quarter.HSBC says it expects 50 basis points of additional rate cuts in the calendar year 2013, and "a slightly more protracted recovery" in India.

Economic Slowdown Bottoming Out
However, the 2.4 per cent industrial growth in February had raised the hope that the economic slowdown was bottoming out. "IIP figure is encouraging. But we have to do more, both on exports and industrial manufacturing. We feel the downturn is bottoming out," Industry Minister Anand Sharma had said, while commenting on the industrial output numbers.

The IIP numbers for January suggested some recovery with the growth rate inching up to 2.4 per cent, against 1 per cent in the corresponding month a year ago. The growth rate was in the negative in November and December.

"The turnaround is very good. I would not call it strong growth but it does bear out that the economy has bottomed out.

I would hope that subsequent months will show more robust growth ... It suggests that the bottoming out is over and we are hopefully getting back," said Planning Commission Deputy Chairman Montek Singh Ahluwalia.
Tags assigned to this article:
economy india economic growth top 2 standard and poor fiscal deficits