Getting Bulls Back In The Fray 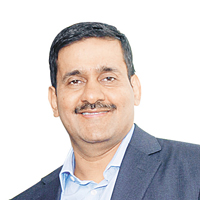 Reforms Beyond Parliament
There are so many steps the government can take without facing embarrassment in the Parliament. One of them includes auctioning coal blocks on the lines of the 3G auction, which will fetch significant resources to help bridge the  fiscal deficit. The government should also streamline policies related to coal concessions to power plants, clear all files and implement pragmatic policies on land acquisition.

Removal Of Securities Transaction Tax
This tax contributes an insignificant amount of revenue and abolishing it may not appear, on the face of it, as a big idea. However, I think that one of the key problems in the past three years is that retail and individual investors have been decimated and liquidity in the market has dried up. Poor liquidity is not allowing high quality investors to look at mid-cap and small-cap stocks. Removal of the securities transaction tax will revive intra-day trading and engender healthy speculative activity that is seriously required for the functioning of the market. Sceptics may say that speculation is bad but as a matter of fact, no stock market can survive without speculation.

Big-Ticket Disinvestment
The government can kill two birds with one stone by divesting its share in large PSUs. This way, it can revive the equity market sentiment and also utilise large proceeds to meet fiscal deficit. Historically, large PSU disinvestments, done smartly, have rejuvenated the stock markets. The first set of PSU disinvestments in the 1990s triggered the largest mega bull run of the last century. Maruti's disinvestment in 2003 was the beginning of a five-year bull market of this decade. The recent Coal India IPO also sparkled the market even during these tumultuous times. In today's environment, if government can muster courage to disinvest about 10 per cent of Indian Railways, a lot can be achieved. This 10 per cent can fetch a massive amount of money — foreign as well as local. Further, benefits of better corporate governance and professionalism in the largest monopoly would also trickle down to the millions of commuters.

Open Internal Doors To Equity
In the past two decades, wealth creation due to exemplary performance of the economy has benefitted foreigners more than the Indian public. Indian equity is significantly (almost 40-50 per cent of free float) owned by foreigners. Thanks to the stereotypical Indian mentality of comparing equity with gambling, only  one per cent of Indians own equities and only four per cent of household savings is directed to equity assets. This is despite the fact that equities have provided an average return of 18 per cent per annum. vis-à-vis 6-7 per cent per annum on average in the long-term in other asset classes. Consider the example of HDFC. When it was a company with a Rs 500 crore market cap, it was entirely owned by local Indians. Its market capitalisation multiplied 200 times in less than two decades, but alas, it is now 74 per cent owned by foreign investors.

Currently pension funds are allowed to invest only 5-10 per cent in equities in India. The limits are much higher and flexible in the developed markets. In fact individuals are free to choose the type of equities to which their provident fund (called 401k plan in the US) money can be invested in. The government should significantly enhance limits of pension funds and insurance companies for investment in equities. Stock markets have a tendency to surprise analysts and pundits. This year, when most expect an unpleasant year, we may be taken by a big surprise.