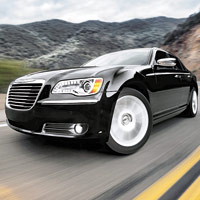 08 November, 2014
Print this article Font size -16+
Ending a year of tense negotiations, the Chrysler Group has struck a $4.35 billion deal, transferring full control to Italian carmaker Fiat SpA. Chrysler and Fiat CEO Sergio Marchionne has been trying to combine the two automakers’ resources for a while now, and this agreement cements his reputation as the industry’s most consummate dealmaker about a decade after he took the helm of Fiat as a car business newcomer. But will the merger with the US’s No. 3 automaker be enough to cut Fiat’s losses in Europe? Marchionne’s plan to shore up Fiat depends on the ability to share technology, cash and dealer networks with Chrysler. Under the deal, Fiat will acquire the remaining 41.46 per cent stake in Chrysler. Fiat said that because of how the deal is structured, it will not need to make any capital increase through a rights issue.

Good Chemistry
Warren Buffett’s Berkshire Hathaway has struck a deal to buy a Phillips 66 business that makes chemicals that improve the flow potential of pipelines for around $1.4 billion in stock. Phillips 66 said Berkshire will pay for the unit, Phillips Specialty Products, using about 19 million shares of Phillips 66 stock that it currently owns.

Phillips 66 CEO Greg Garland said the company decided to sell the business because Berkshire Hathaway made a strong offer. He said the company would now focus its growth on its oil and natural gas transportation and processing business, as well as its other chemicals businesses. Phillips 66 said it expected the Phillips Specialty Products unit to have about $450 million of cash and cash equivalent on its balance sheet at closing. It hoped to close the deal in the first half of 2014. James Hambrick, CEO of Berkshire’s speciality chemicals unit Lubrizol Corp, will oversee the business, Buffett said. Berkshire bought Lubrizol for around $9 billion in 2011.

Taxing Matters
The French government has invited the ire of local businessmen with the legalisation of a ‘millionaire tax’ on firms that pay salaries of more than €1 million, as part of President Francois Hollande’s efforts to enlist the wealthy to help pull France out of a financial crisis. Employers will have to pay a 50 per cent tax (effectively 75 per cent, inclusive of other duties and charges) on the portion of salaries exceeding €1 million in 2013 and 2014.

Let’s Trade
Cars, cosmetics, IT and medicines are a few of the industries earmarked for gains in trade talks between the EU and the US. The world’s largest free trade deal would seek to bridge regional differences in trade rules and stop manufacturers having to double up on compliance. “These are sectors (where) both sides have indicated an interest in moving forward in terms of specific sectoral commitments,” I.G. Bercero, EU’s chief negotiator, said as the third round of talks wound up in Washington.

Thaw In Sight
China has approved five firms to list on mainland stock exchanges, ending a year-long freeze on initial public offerings (IPO) as authorities look to reboot a reformed market in 2014. The long-awaited move is a boon to the more than 750 firms whose IPO applications are pending with the regulator but will bring trepidation to equity investors who fear that new listings will siphon off demand from existing shares. Accounting firm EY estimated that a total of around 200 yuan, or $33 billion, could be raised in 2014. China’s leaders have said new IPOs will be more investor-driven.

Meaty Issue
Walmart, the world’s largest retailer, has recalled donkey meat sold at some outlets in China after tests showed the product contained the DNA of other animals, the US company said. Walmart will reimburse customers who bought the tainted ‘Five Spice’ donkey meat and is helping local food and industry agencies investigate its Chinese supplier. The Shandong Food and Drug Administration earlier said the product contained fox meat. The scandal could dent Walmart’s reputation for quality in China’s $1 trillion food and grocery market where it plans to open 110 new stores in the next few years.

For Oil’s Sake!
China may buy more Iranian oil in 2014 as a state trader is negotiating a new light crude contract that could raise imports from Tehran to levels not seen since Western sanctions were imposed in 2012, running the risk of upsetting the US, say reports. An increase would go against the spirit of the recent breakthrough agreement relaxing some of the stringent measures slapped on Iran two years ago over its nuclear programme, which had cost the country around $80 billion in lost revenue. Industry sources say China’s Zhuhai Zhenrong is in talks with the National Iranian Oil Co. for a new contract. However, it isn’t clear what the volume of imports through any new term deal will be.

Balancing Act
The Japanese cabinet recently approved PM Shinzo Abe’s draft budget, which aims to split the benefits of higher tax revenue between trimming fresh borrowing and stimulating the economy with record spending. The PM’s second budget marks a balancing act between boosting growth and doing just enough to show it is keen to rein in public debt, which is more than twice the size of the economy.