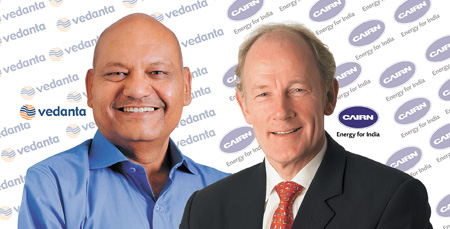 The transaction has also lowered Vedanta's acquisition cost as it bought the 11 per cent stake at Rs 331 a share when the open offer price is Rs 355. Another analyst points out that until the government gives its approval to the Cairn Energy-Vedanta deal, "the present buyout (of the Petronas stake) would not change the management structure of Cairn India. So, the company's valuation should not drop. We will have to see how things move when Vedanta Resources actually manages to take over the  entire stake".

Given that Vedanta's open offer for Cairn India shares had just opened, the sudden negotiated sale of the Petronas stake at a lower price has left some analysts foxed. "It would have been a better option financially to sell in the open market,'' points out one market watcher. Petronas sold its stake for Rs 24 less than the open offer price of Rs 355 — and also lost out on the tax benefits that come from selling during an open offer. Some analysts say that Cairn Energy may have persuaded Petronas to do the deal — the Malaysian company and Cairn Energy are partners in six operational blocks in Greenland (Petronas has a 10 per cent stake in these fields). Cairn Energy has told its shareholders that the money generated from the stake sale of Cairn India would be invested in these fields.

Silver Lining
The Cairn Energy-Vedanta deal has been stuck since it was announced in late 2010, because it has failed to get government approval. The big hurdle is that ONGC, which is Cairn India's partner in the Barmer block, and the Ministry of Petroleum and Natural Gas, have been opposing the deal until issues of royalty and cess payments are resolved. ONGC wants Cairn Energy to pay a share of the royalty to the government (Cairn Energy says ONGC is supposed to pay the entire amount) before it gives its approval to the deal. The petroleum ministry wants the cess dispute — arbitration proceedings are taking place on this in London — resolved before clearing the deal. Government clearance is mandatory for this deal to happen because oil fields are sovereign assets, and the government needs to clear any change of ownership and management that takes place in any field.

However, Vedanta recently found support from the finance ministry, which threw its weight behind the deal in the last meeting of the Cabinet Committee on Economic Affairs (CCEA) held on 6 April. Documents in possession of Businessworld reveal that the finance ministry's view at the meeting was that the disputes over subsidy and cess should be delinked from the issue of shareholding transfer in Cairn India. The Department of Economic Affairs' view was that differences lay in the interpretation of the production sharing contract (PSC) and could be resolved with the new shareholder after the deal was done.

At the end of the meeting, the CCEA had two options for Cairn Energy. The first option was essentially the same as what the petroleum ministry wants — that the royalty is paid and the cess arbitration proceedings are dropped before the deal is approved. The second option was softer — it asked Cairn Energy to take prior consent from ONGC, and complete the deal with the proviso that the government would be free to take a decision on the royalty issue after the deal was fructified. (The implication being that both Cairn and Vedanta would agree to whatever decision the government took on the royalty issue.)

The second option is, of course, more attractive for Cairn Energy. However, sources told BW that there is concern that the move would seem too favourable towards Cairn Energy and Vedanta in an atmosphere where the government is being criticised for being soft towards many businessmen.

For the important Barmer block — which is Cairn India's richest asset so far, and which was given in a pre-NELP agreement — the finance ministry has asked the petroleum ministry and ONGC to consult the law ministry to check if the royalty and other disputes can be sorted out after the change in management. The finance ministry fears that such wranglings would affect the efforts being made to attract foreign direct investments.

Petroleum ministry officials, on their part, cited a 7 March Delhi High Court judgement in a case in which Canada-listed Canoro Resources challenged the ministry over contract termination. The petroleum ministry had terminated the PSC with Canoro for Amguri oilfield in Assam after Canoro raised 95 million Canadian dollars in April 2009 through a mix of debt and equity sale to Barbados-based Mass Financial, without taking the Indian government's consent. The petroleum ministry said that the court validated that the government has a say if the management of the oil blocks — a sovereign asset — is changing hands.

Some market watchers say that the just-concluded Vedanta-Petronas deal was supposed to have gone through last year when Cairn India's open offer got the government's approval. However, it was then shelved "after seeing the stiff resistance from the government to the deal". Now, with the finance ministry behind it, Vedanta Resources is perhaps more confident of moving forward.