Gaming Can Be A Career Option 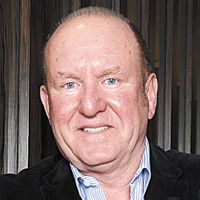 08 November, 2014
Print this article Font size -16+
Ian Livingstone, president of Square Enix, was in Mumbai to promote his latest game Tomb Raider (2013). Sachin Dave caught up with him.
How do you see the transition in the gaming industry in terms of size and platforms?
I have been part of the industry since 1975. I have seen its incredible growth. One may underestimate it, but it has a cultural, social, political and economic impact on society. Today, the industry sells games worth $50 billion annually (only software) and we forecast it to be around $90 billion by 2015. Now that everyone is carrying a smartphone in their pocket, there are thousands of games available through applications on Android and iOS platforms. Gaming is a much more compelling experience than some linear entertainment. That is why it is bigger than the box office, bigger than the DVD and bigger than the music industry now.
How do you view the Indian gaming story?
The gaming business in India was pretty much nonexistent until recently due to piracy. But with broadband becoming more widespread — and with faster speeds — there is more online gaming now. Also, there has been a huge upsurge in mobile application-based games. It is going to be a great market opportunity and a great development opportunity. It could be a viable career option — if only parents and guardians knew about it.
With a 1.2 billion population, even if game makers can get 1 per cent of people to buy their applications, they are going to get rich overnight.
How do you see the growth of the Indian gaming industry compared to developed markets?
The production values are very high in India and labour is relatively inexpensive. Moving to full production, from being an outsource base, is the next step for Indian gaming programmers and designers. I don’t see any reason why India cannot be one of the leading players in games production.
Do you see scope for long-term growth of companies such as RIO (makers of Angry Birds) or are these temporary success stories?
For every Angry Birds there are 20,000 dead birds. But that does not stop people from trying.  You do not have to make goods and then put them in shops and build the inventory. The only thing that your consumer would want is a broadband connection, so you can bootstrap a business quite cheaply. Even if an application doesn’t succeed, you learn quite a lot. Remember, Angry Birds was not RIO’s first game. So, in this market, you make a lot of mistakes before you finally figure out what is the secret sauce.