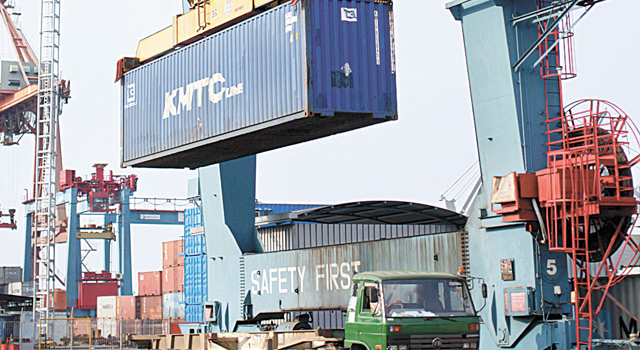 02 December, 2014
Print this article Font size -16+
In the heyday of the Licence Raj, market lore has it that companies even resorted to exporting soil in the guise of manufactured products to get the various benefits available to exporters. Very few people know for sure. But it’s believed that this is how some of the prominent names who had generated unaccounted, or black, money abroad as kickbacks or commissions would route it back to India. After all, your exports had to be justified by the price they commanded.

Such crude methods may have long been discarded by India Inc., but by several accounts, refined version of such practices still exist. Take, for example, an IT services company or a research firm based out of India servicing foreign clients. Who is to say that what they bill the recipients corresponds to the value of the service? A document containing information collated from Google may be sold for millions of dollars. The service might just be a ruse for somebody to bring in money lying in a bank locker in a tax haven, undetected. Once the payment is cleared by the Reserve Bank of India and the amount is credited, the black money becomes white, claiming its place in the Indian financial system.

Earlier this year, the Special Investigation Team investigating black money is said to have told the Supreme Court that power equipment imports are a huge source of black money. Now, power equipment, like we all know, cannot be fake. So, how can legitimate imports camouflage black money?

Tax consultant Uday Ved, a former KPMG partner, calls the process ‘transaction mispricing’. Take, for example, a diamond exporter. Every time he raises an invoice, he prices the transaction, let’s say, 10 or 15 per cent higher than the actual price. That margin could be his own unaccounted money that he wants to bring into the country as white money, he explains. An intermediary entity located abroad combines the licit and illicit portions of the price. Remember, these traders transact regularly. So, even with minor overstatements in every transaction, the money that accrues cumulatively can be large. Conversely, if ill-gotten money has to be taken out of the country, imports are over-invoiced.

Or, take the case of a foreign entity which invests in an Indian company in excess of the market value of the shares it is acquiring. The excess could be money that the owner wants to deploy in India. The investment is usually routed through a reputed private equity firm, which makes it difficult for the tax department to ascertain the actual investor.

Overseas direct investments can also be a source of routing money out of the country. “It is difficult for even the government to say for certain if a particular transaction is a sham. So, the department often puts the onus on the taxpayer to prove that the transaction was bona fide. This circuitously leads to bad blood between corporate India and the government,” says Ved.

Complicating the issue is the presence of so-called tax havens. Switzerland is constantly in the news for hosting numbered accounts. But much of the investments in India comes through Mauritius and Singapore. India has so far managed to use its diplomatic clout to ensure a higher standard of genuineness for companies that are based there. But today there are several other countries that give the benefit of anonymity as well as a light-touch regulatory mechanism, which make them a safe haven for investors looking to hide money, or even park funds for a period, says Sunil Jain, partner at law firm J. Sagar Associates. For example, some countries allow people to quietly move money out once there is a hint of suspicion, he says. As long as they are not reined in, controlling black money really might be just a pipe dream.