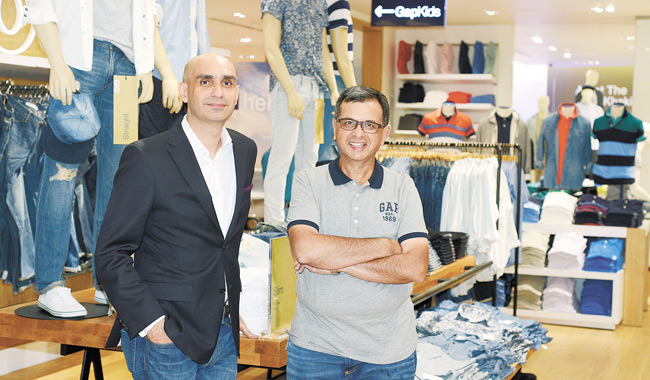 08 June, 2015
Print this article Font size -16+
It is better late than never! Eleven years after the entry of Tommy Hilfiger and six years after Zara, US apparel major GAP has launched its first store in the country. Spread across 11,000 sq. ft, the store is located in the posh Select Citywalk mall in New Delhi’s Saket.

Clocking Rs 5 crore in sales per store per year may not be a tall order for the cult apparel brand whose India association dates back to the Bollywood film Kuch Kuch Hota Hai which had Shah Rukh Khan sporting a GAP sweatshirt. Incidentally, the sweatshirt was not sponsored by GAP, say its officials.

Arvind Lifestyle will be required to invest around Rs 320-400 crore for setting up 40 outlets across Delhi, Mumbai and Bangalore. “We should have four stores by Diwali with at least one in the three locations. In the next 12 months, we should open 10 stores,” says Suresh.

But therein lies the challenge. “Getting quality real estate in good malls is a concern,” says Ismail Seyis, who heads GAP’s international franchise division and is based out of London. And perhaps that is the reason why India will be the fashion apparel retailer’s last location in the Asia-Pacific region. “In the last 5-6 years, we have entered Thailand, the Philippines, Singapore, Malaysia, Indonesia, Taiwan, and Vietnam.

Of course, Hong Kong was there. No more expansion here in this part of the world,” adds Seyis.

GAP, however, is betting big on its trademark sweatshirts, something that most Indians have known for a long time. “As you can see, we are going big on our logo and branding. Kids and baby wear is another segment which will do well for us,” says Seyis.

That is all fine, but the biggest gap between success and failure is the worsening economics of malls. A recent report by Jones Lang LaSalle, the real estate consultancy firm, indicates that more than 72 per cent of malls in the country’s top seven cities are performing poorly, which means dismal occupancies and low footfalls resulting in lower sales.