Jammu (Jammu and Kashmir) [India], February 26 (ANI): Congress party's dissenters, also known as the G-23 (or the group of 23 dissenting leaders who had questioned the party's functioning in a letter to interim president Sonia Gandhi) reached Jammu late on Friday night.
Among the leaders who reached Jammu included Ghulam Nabi Azad, Kapil Sibal, Bhupinder Singh Hooda and Raj Babbar. They arrived at the residence of senior Congress leader late Janak Raj Gupta. They all belong to North India. 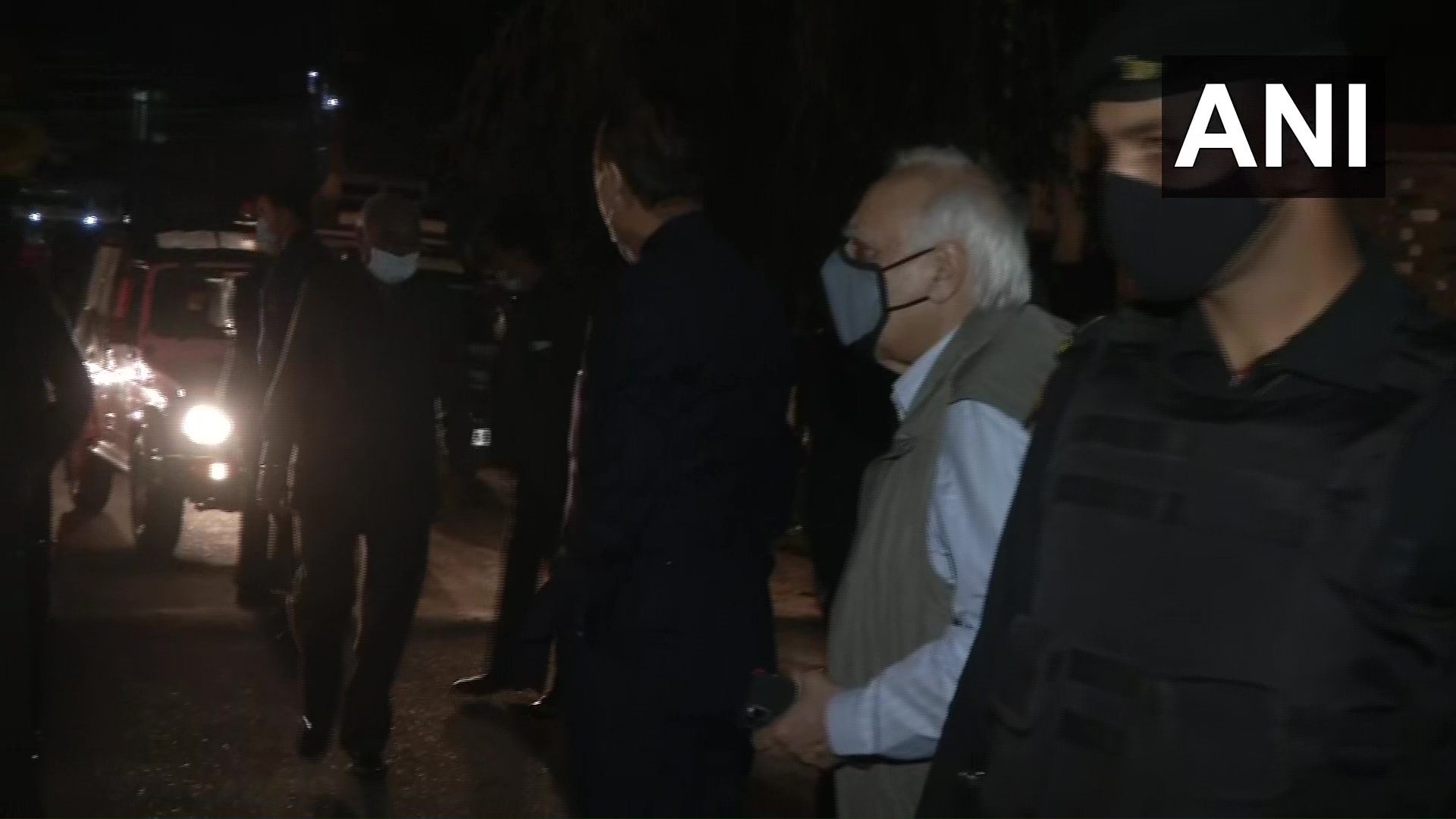 Days after Congress leader Rahul Gandhi's "North-South" remark, fireworks are likely within the Congress party, as upset senior Congress leaders from north India are expected to make a strong statement against the top party leadership in Jammu on Saturday.
While Congress scion Rahul Gandhi is scheduled to head towards the poll-bound Tamil Nadu on Saturday, G-23 leaders will hold a show of strength in Jammu.
On the condition of anonymity, a senior leader of the Congress G-23 told ANI on Friday that it is a message to Rahul Gandhi: "We will tell the country that from north to south, India is one."
Last year in August, G-23 leaders through a letter to interim Congress President Sonia Gandhi expressed their discontent and urged the top leadership of Congress to bring immediate reforms, including organisational elections from the grass-roots to the Congress Working Committee (CWC) level.
Now, they are once again up in arms against the Gandhi family and their loyal close circle who are holding key positions in the party and the parliament.
A senior leader from G-23 said, "What's happening in Congress today is a clear violation of the agreement reached in Congress Working Committee in December last year, but there are no signs of any reforms or election."
According to G-23 sources, the leaders are also furious over the treatment meted out to Ghulam Nabi Azad, who recently retired from Rajya Sabha and was not accommodated by the Congress high command.
A leader from the G-23 group said, "When other parties were offering seat to Azad, PM spoke so well about him. Our congress party leadership showed no respect to him. In fact, a lawyer who is fighting cases of Robert Vadra has been brought to Rajya Sabha."
A senior leader from the G-23 grouping told ANI that the flashpoint or the tipping point is the north-south statement made by Rahul Gandhi in Kerala recently.
According to sources, Congress' top leadership is aware about the moves of G-23 leaders.
A top source in the party said leadership is keeping an eye on the whole episode and "not in a hurry to come to any conclusion".
It is also important to note down that Gandhis have not reacted in the episodes yet, although the last attempt was made to cool down the situation was done in December last year, when G-23 leaders were invited by Sonia Gandhi at her residence for meeting.
According to sources, a few of the Congress leaders were kept out of the meeting on the request of G-23 leaders.
Later, it was said that more of these meetings will be held in near future and issues raised by G-23 leaders will be addressed by the party. However, no such meeting has been called till now and no efforts have been made to address their concerns.
While addressing a public rally in Thiruvananthapuram earlier this week, Rahul said, "For the first 15 years, I was an MP in the North. I got used to a different type of politics. For me, coming to Kerala was refreshing as suddenly I found that people are interested in issues and not just superficially but going into detail in issues."
Several leaders, including Union Minister Prakash Javadekar, BJP president JP Nadda and Union Minister of State for Finance, Anurag Thakur slammed the Wayanad MP for his statements, accusing him of creating a "north-south" divide.
The BJP had latched onto the comments of Rahul Gandhi and cornered him by alleging that the statement reeked of a bias against North Indians. (ANI)