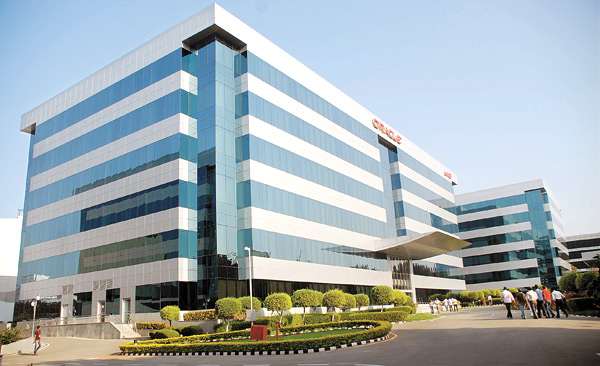 08 November, 2014
Print this article Font size -16+
Tata Sky is one of India’s largest direct-to-home (DTH) television service providers with an estimated 10 million-plus subscriber base. While running the operations, billing and maintenance for such a large subscriber base by themselves is no mean feat, N. Ravishanker, the chief technology officer (CTO) of Tata Sky, faced another challenge:each cricket season saw a sudden spike in subscribers wanting specific sports channels like ESPN or a customised package of sports channels.

While Tata Sky was obviously happy to provide the requested services to customers for a fee, the hitch lay in the fact that several hundred thousand such requests streamed in just a few hours before an event started. And the customers insisted on prompt service. This meant there was huge pressure on the backend to process payment and ensure that the service was delivered in minutes. Handling such mammoth spikes in requests, in a window of a few hours, wasn’t easy. “Earlier, this used to be a huge challenge. But after taking the help of Oracle, which provided us with the entire technology infrastructure necessary to execute this, we do this effortlessly and seamlessly,” says Ravishanker.

Such praise, of course, is music to Oracle’s ears. The Redwood Shores, California, headquartered company had revenues of $37.2 billion and a net profit of close to $10 billion in 2011-12. Known as the ‘king of the database market’, the company for long focused only on providing enterprise software and services, helping companies store, modify and extract information. However, after the acquisition of Sun Microsystems in 2009 for $7.4 billion, it has added hardware such as servers and storage to its portfolio of offerings.

Known for its aggressive sales culture and the flamboyant leadership of its CEO Lawrence ‘Larry’ Ellison, Oracle has maintained a studiously low profile in India. This, in spite of acquiring an 80 per cent stake in India-headquartered banking software company i-Flex solutions for nearly $1 billion in 2005. Nevertheless, with its portfolio of database, middleware, applications and hardware added to its export of software and services, Oracle has quietly notched up revenues in excess of Rs 10,000 crore from its India operations in 2012-13 based on the first six months’ performance. Its only listed entity in the country, Oracle Financial Services Software (OFSS, or what used to be i-Flex), had revenues of Rs 3,500 crore.

With 30,000 employees, India is where a quarter of the company’s global workforce resides. Increasingly, it has been jousting with IBM to be the leader in the domestic market across technology verticals, even as it competes with traditional rivals like HP, Microsoft, SAP and BMC. For Oracle, India’s importance lies in the fact that it is both a fast-growing market as well as a key talent pool for its global operations. Can Oracle take on the well-entrenched IBM in the India market and win? While it is early days yet, at least in some key segments it is making a substantial impact.

However, before we go any further, here’s a caveat. While Oracle competes with IBM in database, middleware, servers and storage, it does not offer system integration (SI) services, where it prefers to partner both internationally and in India with the likes of TCS, Infosys and Wipro. In fact, IBM itself is a key SI partner of Oracle’s. Similarly, IBM does not play in the applications where Oracle is a major force. Here, Oracle competes with the likes of SAP, Microsoft, Salesforce and Workday, apart from numerous India-headquartered players such as Polaris, Tally, Nucleus Software and Ramco Systems. This compete-and-cooperate model is common in the technology industry globally.

One-Stop Shop
Oracle is well known for its model of selling database. As its customers grew, it began selling additional licences on a per-user (seat) basis. With fairly predictable revenues and with Oracle being the global leader in the $24-billion relational database management systems (RDBMS) market, it is a model which the markets love.

In India, too, Oracle has a 63 per cent share in the RDBMS market and is ahead of IBM, Microsoft and SAP. Sheshagiri Anegondi, VP of Oracle’s Technology Business Unit, is the man tasked with expanding the database market as well as the database-as-a-service offering, Exadata. “As the leader in this segment, my focus is on growing the overall market. While we continue to take a share from the competition, we want to grow the overall pie.”

In middleware —the software glue which binds the operating system and the end-user application — Oracle is in fierce competition with IBM. “Prior to the (Sun) acquisition, Oracle mainly played in the database and middleware market. Now, with Sun’s hardware and its strong suite of applications, it can go to the market as a vendor offering almost everything, just like IBM does. Customers prefer to have a single vendor who they can hold responsible and, to that extent, Oracle is a competitor to IBM,” says the vice-president of a competing application software company, not wishing to be identified.

Late To The Cloud?
The over-reliance on selling licences on a per-seat basis has led to Oracle being perceived as a late entrant to the cloud — where all software is remotely accessible, anytime and anywhere; instead of an upfront substantial capital expenditure, it is more of a metered payment based on usage. Deepak B. Phatak, the Subrao M. Nilekani Chair Professor at IIT Bombay, says that Oracle has been late in moving some of its offerings to the cloud. “While Oracle might say that it already gets about $1 billion in revenues from cloud offerings, Salesforce, whose entire model is predicated on the cloud, already does $2.4 billion. However, at Openworld, a recent annual event of the company, Oracle decided to get serious about the cloud. It will be interesting to see how it all plays out, as it is early days yet.”
break-page-break
Sandeep Mathur, managing director of Oracle, counters the perception that the company has been late in offering its wares on the cloud. “It is not about on-premise or on the cloud. It is not about upfront versus metered payment. It is about customer need. Whatever the customer wants, we are ready to offer — be it software, platform or infrastructure” (see interview).

Engineered Systems
Sun Microsystems, with its servers and storage line, was a big player, globally and in India. With nearly 35 per cent market share, it effectively competed with HP and IBM in the mid- to high-end RISC-UNIX-based segments of the market. However, as the company’s problems mounted, it began to impact operations. Around the time, IBM, in an attempt to wean away Sun’s customers, launched an aggressive campaign called Project Sunset. All this was before Oracle acquired Sun in 2009.

Since then, Oracle has aggressively invested in refreshing hardware with a new line of processors and servers. “It is true that in the last few quarters of Sun’s existence, there was some apprehension among customers. But once Oracle acquired it and started making investments required for our future, we have actually gained market share,” says Venkatesh Krishnan, a Sun veteran who moved to Oracle as its vice-president, system sales. While that may be true in India, globally the hardware business has been shrinking for the last 10 quarters, a phenomenon Krishnan says is too early to judge. “We are at an inflection point and even globally I am confident that we will do well. Look at the kind of response we have been getting from customers to our new line of offerings. It has been phenomenal.”

To offer an integrated solution which includes hardware, software and applications, Oracle has put together its ‘engineered systems’ comprising the Exa family of products — Exadata, Exalogic and Exalytics. As the names suggest, Exadata is database-as-a-service, where the entire stack is optimised for speed and performance while handling large databases. Exalogic is middleware-as-a-service, critical in large server farms and data centres. When a huge quantum of business intelligence-related queries needs to be addressed, Oracle claims such analytics are well served through Exalytics.

Mathur says the Exa family has been successful in the Indian market. “End users need not worry about hardware, software or some application. We will deliver results.” The Exa family competes with IBM’s line of Pure Systems and SAP’s Hana. “Each player might have their own strategies, but our engineered systems have delivered on performance, which is the reason I am confident that we will do well even globally in the hardware business,” says Krishnan.

Fusion And Con-Fusion
Realising that customers were struggling to make multiple systems and software, bought from different vendors, talk to each other to deliver productivity and efficiency, Oracle decided to launch a line of integrated offerings, both for applications and middleware under the brand Fusion. With Oracle acquiring more than a dozen companies, spending a whopping $20 billion, between 2005 and 2011, Fusion helped simplify its portfolio for customers. Though the project was initiated in 2005, it took about six years to come to the market. Competitors dubbed it ‘Con-Fusion’. Mathur, however, defends the time it took from announcement to actual delivery. “Look, this is built on an open architecture system. Oracle Fusion Application integrates everything from financial management, human capital management, customer relationship, supply chain procurement and governance. It is a comprehensive offering. Making all of this work seamlessly took time.”

While Mathur tom-toms the achievements of Fusion’s open architecture, Oracle has been accused by a section of the open source community of not playing fair with two other open source software, MySQL and Java, which it inherited from Sun Microsystems. Says the general manager-operations of an IT multinational based in Bangalore, “Increasingly in MySQL, the best features are becoming paid. Oracle is subtly pressuring people to move to its own database offering. Java continues to be a widely used programming language, but it is my belief that Oracle is allowing both MySQL and this (Java) to stagnate as they don’t see much returns. This affects the user community across the globe, including India.”
The company defends itself and says that it has been a good steward of both open source software. Sandra Ng, group vice-president, Asia-Pacific, at IDC, says India is one of the fastest-growing markets for technology spending. “It is not a surprise that most large technology vendors, be it Oracle, IBM, HP, SAP, Microsoft and Dell, want to have a greater share of the spend happening here. India has become even more important given the slowdown in some of the more mature markets. Oracle, with its portfolio of offerings, is ideally placed to take advantage of growth in the Indian market.”

Even without its services revenues (where Oracle does not play), IBM India is twice the size of Oracle’s Indian market revenues. Mathur admits that the bulk of Oracle’s revenues from India are from exports. “I am confident that we will emerge as the technology leader in India. Our breadth of offerings, especially after the Sun acquisition and our engineered systems line, has meant that we have a complete portfolio of offerings.” Big Blue as IBM is known will be carefully watching Big Red (the corporate colours of Oracle and its moniker internationally) carefully.