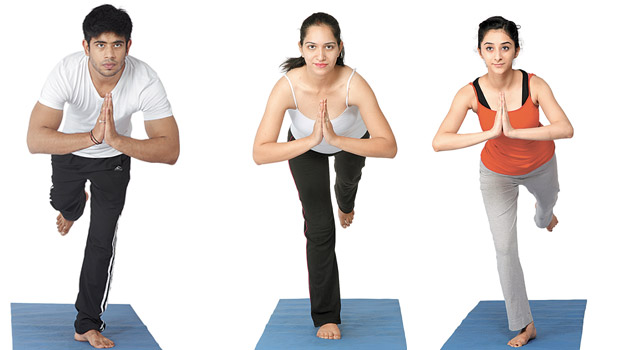 08 November, 2014
Print this article Font size -16+
So you have tried and probably liked fusion food and you often experiment with fusion clothing (kurti and jeans being a favourite), but ever thought of giving fusion fitness a shot? Just like fusion food is all about mixing two different cuisines or two different styles of cooking, fusion fitness involves combining two styles of training into one workout. The idea being that if you normally favour one kind of exercise style you may be losing out on the benefits gained from other exercises. For instance, if your idea of exercise is to only spend 30 minutes on the treadmill, you miss out on flexibility or strength training.

“For a complete workout, it is important that your exercise regime is a combination of all the components of fitness — muscular strength, cardio-vascular endurance, muscular endurance and flexibility,” says Arun Kumar, physiotherapist and fitness head at Snap Fitness. By combining workouts with disparate disciplines, you can get your body working in ways it wouldn’t otherwise do. And that’s where fusion fitness comes in. It gives you a range of benefits that are hard to get from any one workout — such as, a burst of endorphin-fuelled energy along with a calmer less-stressed mind. What’s more, the fresh mix-ups not only challenge your body, ramping up calorie burn, but also keep you motivated by spicing up the been-there-done-that routine. So if you are bored of your regular exercise regime and want to liven things up a bit or if you have plateaued in your existing routine and your body craves a change, try out any of the following fusion exercises. Though a rage globally, not all of them are being offered by gyms or trained instructors in the country but you can get yourself a DVD and follow the instructions.

Piloxing: The workout created by Viveca Jensen, an American fitness expert, best known as Hollywood actor Hillary Duff’s personal trainer, combines Pilates, dance and boxing. A one-hour workout typically alternates between fast-paced boxing moves (punching while squatting, or lunging) and slower standing Pilates such as slowly raising one leg back, toes pointed while leaning forward. Ideally, you should wear weighted gloves as that increases the metabolism rate leading to more calorie burn but you can do the exercises bare-fisted as well.

Yogalates: A workout that mixes yoga with Pilates, Yogalates combines the best of both exercises, giving you strength training and stronger core muscles from Pilates and a calmer mind from yoga.  Yogalates requires you to hold a yoga pose and then add movement to it. For instance, you can do the boat pose and combine it with the criss-crossing of arms and legs. Yogalates leads to weight loss thanks to a full body workout with an emphasis on abdominal muscles, glutes, hips and thighs. Also, in Yogalates the emphasis is on the Pilates style of breathing where you hold the abdominal tight. This helps strengthen and tone abdominal muscles. “Though beginners find it strenuous, there is no hard and fast rule that you need to be trained in either yoga or Pilates to try Yogalates,” says Rashmi Ramesh, founder of Oris Dance and Fitness Studio in Mumbai who has been teaching Yogalates for the last three years and recommends doing it 2-3 times a week.

Cy-Yo: Ever thought of combining cycling with yoga? No, it doesn’t involve you riding a cycle while holding an asana. Instead, it is a one-hour workout combining 10 minutes of yoga, 40 minutes of speed cycling on a stationary bike and then 10 more minutes of yoga to cool down and refocus the mind.

Tread: If you want to burn anywhere between 600 and 1000 calories in an hour, try Tread — a fusion class that combines fast-paced treadmill intervals with muscle building resistance training. By alternating between the treadmill and strength moves every 10 minutes, your metabolism increases and stays in high gear for almost an hour, leading to high calorie burn. In a typical Tread class, you would jog comfortably for a minute on the treadmill, then run faster for a minute and then sprint all-out for a minute, with no rest in between. This pyramid will be done three times. After the third pyramid, you will reduce your pace to a slow walking speed for a minute. Post that, do 20 reps each of walking lunges and lateral side steps. Rep–eat the entire sequence three times.

While cross-discipline exercises definitely have their benefits, Kumar warns that they are not necessarily the best option for beginners. “These workouts are generally high-intensity and are best suited for those who have crossed the intermediate level of exercise.” His advice: go for fusion when your regular exercise regime has become monotonous.