New Delhi [India], February 17 (ANI): The coronavirus pandemic had put a halt to virtually everything, with the entertainment industry also facing the brunt of the health crisis. After several months of shutdown, the government recently allowed 100 per cent occupancy in theatres and on Wednesday Yash Raj Films announced the theatrical release dates for five of its films.
The production house on Wednesday unveiled the release date of its forthcoming films- 'Sandeep Aur Pinky Faraar', 'Bunty Aur Babli 2', 'Shamshera', 'Jayeshbhai Jordaar' and 'Prithviraj'.
The production house is aiming to bring back the viewers to theatres, which have remained empty for months due to the ongoing coronavirus pandemic.
YRF shared the release date of films on Instagram and wrote, "#YRF announces slate of films for 2021, wants to bring audiences back to the theatres!" 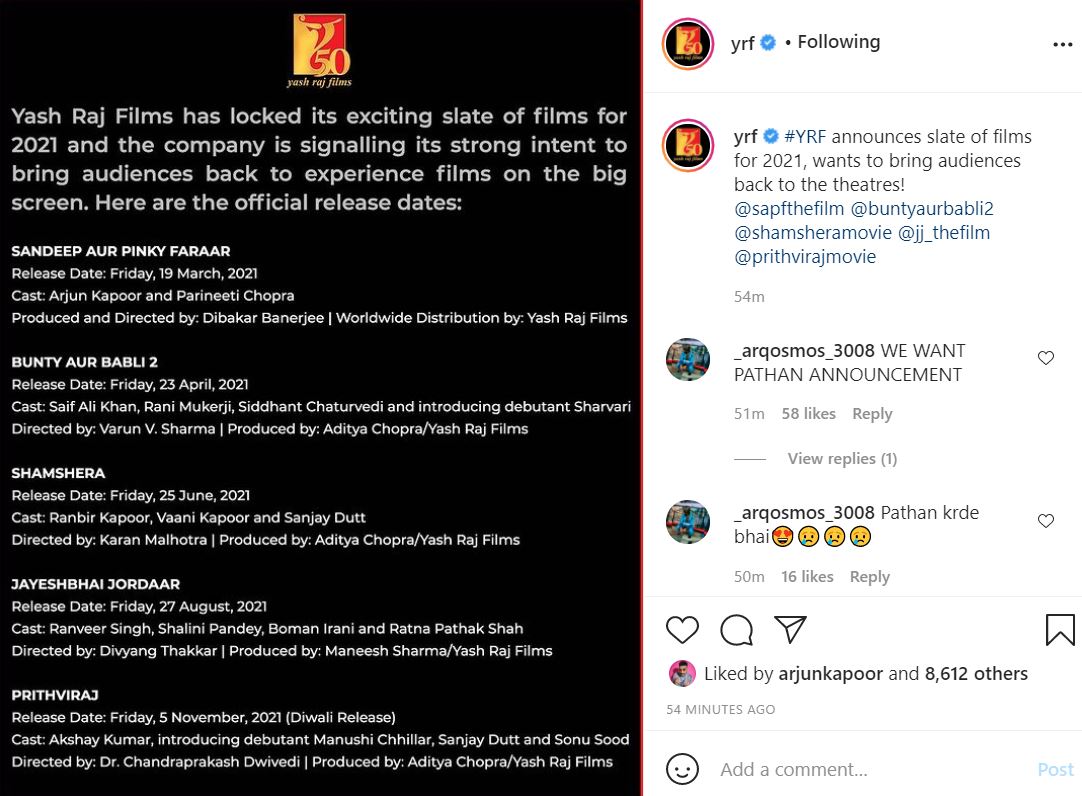