From LAC To LoC, Our Soldiers Gave Befitting Reply To Those Who Tried To Challenge Country's Sovereignty: PM Modi

India and China have held military and diplomatic for disengagement of troops along the LAC and de-escalation in border areas in Eastern Ladakh following face-offs. 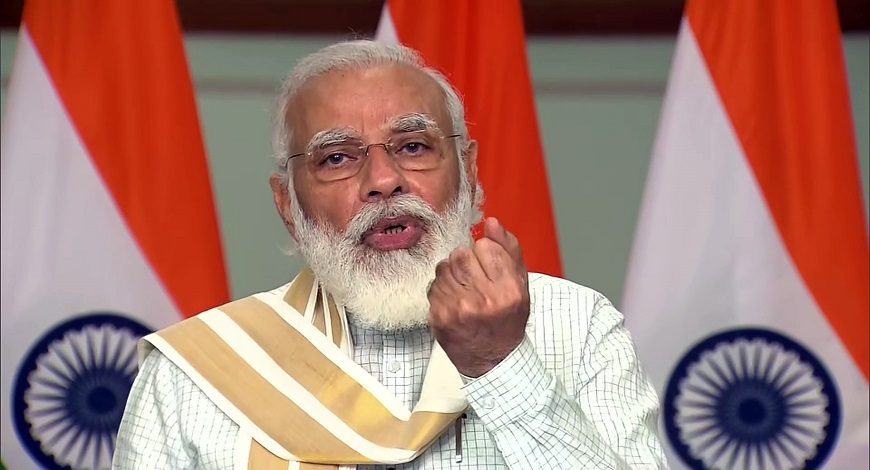 Amid border tensions with China, Prime Minister Narendra Modi on Saturday said that Indian soldiers gave a befitting reply to those who tried to pose a challenge to the country's sovereignty, from the Line of Actual Control (LAC) to Line of Control (LoC).

"From LoC to LAC, whoever tried to raise their eyes towards the sovereignty of our country, our soldiers responded to it in the same manner," the Prime Minister said during his Independence Day speech from the ramparts of the Red Fort.

He made a reference to the clash between Indian and Chinese troops in Ladakh's Galwan Valley in June this year.

"What our jawans can do, what the country can do, the world has seen in Ladakh," he said.

The Prime Minister said India is united and committed to protecting its sovereignty. "India's sovereignty is supreme for us," he said.

India and China have held military and diplomatic for disengagement of troops along the LAC and de-escalation in border areas in Eastern Ladakh following face-offs.

Pakistan has been resorting to ceasefire violations along the LoC which have been effectively retaliated by the Indian Army.