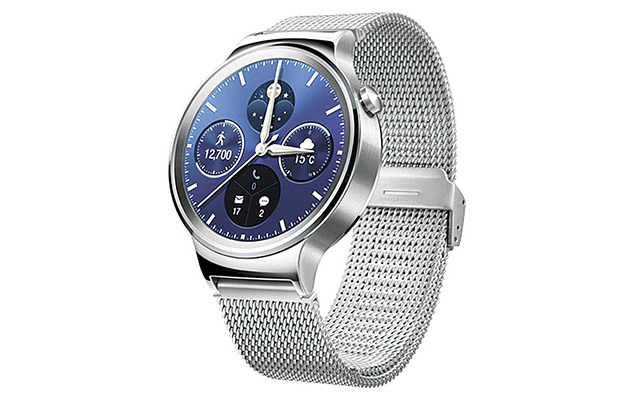 31 March, 2015
Print this article Font size -16+
The Huawei Watch
You wouldn’t associate this Chinese company with smartwatches but they have showcased one that men truly like the look of. It has a classic look and it’s easy to forget its really a smartwatch. Huawei also released a smartwatch-fitness tracker—Bluetooth headset hybrid.

Samsung Galaxy S6 And S6 Edge
Samsung hasn’t been having a particularly good time lately, but that didn’t stop it from confidently refreshing its Galaxy S line with not one but two phones. Both have the familiar Galaxy contours but plastic has been finally shed, this time for Gorilla Glass 4 on both sides. The more interesting of the two S6’s is the Edge which has screen spilling over both sides, giving it a more beautiful look but also adding new functionality. You can colour-code your favourite contacts and see the edges glow in that assigned colour when you get a call. The two phones are about the most powerful in the world right now and have fantastic cameras with f1.9 lenses on both sides, live HDR, optical image stabilisation, and quick-trigger from the home button. Now to see if the Galaxy S6 does for Samsung what the Galaxy S5 did not.

LG G Flex 2
We’ve seen LG’s curved phone last year, but here it is again in a refreshed version. While not many people actually bought the device, it still caused a lot of interest, and that continues through to this year. When LG presented the all new G Flex 2,  the focus was all on how beautiful it is, which might make you wonder if there’s anything else to the curve. Well, it makes the device fit the face better, actually makes looking at the screen more immersive, and gives the phone more durability and toughness. In fact, you can press it down and it will bounce back up to the original. It’s now smaller and nicer to hold and some specs have been bumped up, especially the screen. The phone is also less expensive this time, though whether that will hold true for India or not remains to be seen.

Pebble Time Steel
The Pebble watch has had its cult following since its initial campaign on Kickstarter. The Pebble Time has been the most funded Kickstarter project. Much of its appeal is in its looks. But this time it will have smart straps and sensors and a battery that lasts 10 days.

Blackberry Leap
BlackBerry wasn’t to be left behind at the Mobile World Congress and so it launched a touchscreen phone called the Leap. There’s no additional physical keyboard and without it, it’s reasonable to wonder who exactly this mid-range phone will appeal to because long-time BlackBerry users really want the keyboard. But interestingly, there was just a sneak given to audiences at MWC of a curved phone with a slider.

LG Urbane
The big round smartwatch from LG has a few unique things about it. It can support LTE, for one. It also runs on WebOS an operating system LG bought from HP, and not on Android Wear. There’s a non-LTE version and both look extremely fashionable — for men.

HTC One M9
The design on HTC’s One series has been much loved by those who don’t want plastic and need an alternative to the sea of similar smartphones that flood the market. The M9 makes no big departure from the earlier design but makes  it more satiny and pretty with its duo-tone finish. The M9 has the top Snapdragon 810 processor. The camera is a 20MP primary and the 4 Ultrapixel on the rear.

The Runscible
A very attractive round pocket-watch style wearable  — or pocketable — the Runscible is unusual in many ways. It can take calls; you can assign 12 contacts to it, it gives you specific social network activity alerts, and it has GPS which it uses to take you to interesting places.

HTC Vive headsets
Virtual Reality headsets were really evident at MWC this year, clearly showing that this is the next big trend in tech. HTC unveiled a headset which transports you to another 3D world. It has to connect to a PC though. There’s a bunch of controllers to navigate.

Samsung's Gear VR headsets
Samsung’s Gear VR headset is particularly interesting because it can work with smartphones: at least the Galaxy S6s. You can be practically in the movie when you put it on and watch, according to Samsung. Of course, you still have to strap the thing to your face.