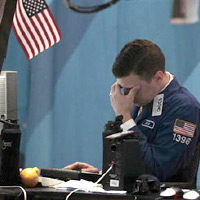 08 November, 2014
Print this article Font size -16+
The tiny Pacific republic of the Marshall Islands, scene of massive US nuclear tests in the 1950s, sued the United States and eight other nuclear-armed countries on Thursday (24 April), accusing them of failing in their obligation to negotiate nuclear disarmament.

The Pacific country accused all nine nuclear-armed states of "flagrant violation of international law" for failing to pursue the negotiations required by the 1968 Nuclear Non-Proliferation Treaty.

It filed one suit specifically directed against the United States, in the Federal District Court in San Francisco, while others against all nine countries were lodged at the International Court of Justice in The Hague, capital of the Netherlands, a statement from an anti-nuclear group backing the suits said.

"The failure of these nuclear-armed countries to uphold important commitments and respect the law makes the world a more dangerous place," its statement quoted Tutu as saying.

"We must ask why these leaders continue to break their promises and put their citizens and the world at risk of horrific devastation. This is one of the most fundamental moral and legal questions of our time."

The Nuclear Age Peace Foundation is a US based non-partisan advocacy group working with the Marshall Islands and its international pro-bono legal team.

The Marshall Islands, a grouping of 31 atolls, was occupied by Allied forces in 1944 and placed under US administration in 1947.

Between 1946 and 1958, the United States conducted repeated tests of hydrogen and atomic bombs in the islands.

One, on March 1, 1954, was the largest US nuclear test, code-named Bravo. It involved the detonation of a 15-megaton hydrogen bomb on Bikini Atoll, producing an intense fireball followed by a 20-mile-high (32 km) mushroom cloud and widespread radioactive fallout. The Marshallese government says the blast was 1,000 times more powerful than that at Hiroshima.

The lawsuits state that Article VI of the NPT requires states to negotiate "in good faith" on nuclear disarmament.

The Nuclear Age Peace Foundation said the five original nuclear weapons states - The United States, Russia, Britain, France and China - were all parties to the NPT, while the others - Israel, India, Pakistan and North Korea - were "bound by these nuclear disarmament provisions under customary international law."

A copy of the suit against the United States made available to Reuters says that it is not aimed at seeking compensation from the United States for the testing in the Marshall Islands, which became an independent republic in 1986.

Under agreements between the United States and the Marshall Islands, a Nuclear Claims Tribunal was established to assess and award damages to victims of the nuclear tests. But it has never had the cash to compensate fully for the damage done.

The suit against the United States said it should take "all steps necessary to comply with its obligations within one year of the date of this Judgment, including by calling for and convening negotiations for nuclear disarmament in all its aspects."

"Our people have suffered the catastrophic and irreparable damage of these weapons, and we vow to fight so that no one else on earth will ever again experience these atrocities," the statement quoted Marshall Islands Foreign Minister Tony de Brum as saying.

"The continued existence of nuclear weapons and the terrible risk they pose to the world threaten us all."