Forced To Back Down 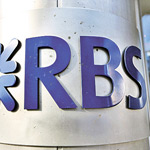 08 November, 2014
Print this article Font size -16+
The centre had proposed a slew of amendments to the Right to Information (RTI) Act aimed at restricting disclosure of file notings to only social and development issues. If these had gone through, a significant area of government decision-making would have been become out of bounds.
However, an outcry by civil society, notably National Advisory Council member Aruna Roy, led the government to do a rethink. UPA chairperson, Sonia Gandhi, too put her weight behind withdrawing the controversial amendments.

The RTI Act has proved to be an important tool for opening up the corridors of power to public
scrutiny. With scams being the flavour of the season, and with a sizeable number of politicians and businessmen cooling their heels in the country’s jails, it is understandable that those in power want to roll back the wheels of history and make decision-making as opaque as it used to be. But democratic institutions have progressed when they were not looking. And it is difficult to put the genie of public accountability back in the bottle now.

Strictly Business
The Royal Bank of Scotland, which is being investigated by the US and the UK authorities over its involvement in an interest rate rigging scandal, in a statement on Friday indicated that it might “incur financial penalties” to “settle some of these investigations”.
(This story was published in Businessworld Issue Dated 12-11-2012)
Tags assigned to this article:
magazine economy india gurbir singh government national advisory council sonia gandhi royal bank of scotland rti act magazine 12 november 2012 aruna roy uk authorities