For Some Cos, India's Economy Still Humming 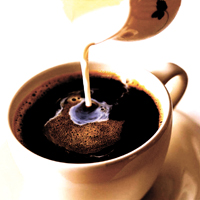 08 November, 2014
Print this article Font size -16+
India's economic growth may have slowed to a near-decade low, but you wouldn't know it from the pace at which Britain's Costa Coffee and many other consumer-focused companies are expanding.

"The last couple of months have shown a slight dip in terms of consumer traction, but I don't think it's anything that we are very worried about," said Santhosh Unni, India CEO of the chain owned by Whitbread Plc.

The firm recently opened its 100th India store and plans 100 more over 18 months.

"We will continue to expand aggressively in the coming 6-8 months," he said.

Data due on 31 August is expected to confirm another dismal three months for the Indian economy, with June quarter growth forecast at 5.3 per cent in a Reuters poll, in line with the March quarter and far below the 9 per cent India aspires to.

Still, for all the gloom that has enveloped Asia's third-largest economy and little sign that crippling political gridlock will soon ease, plenty of companies and investors continue to bet on India's longer-term prospects, especially in sectors driven by domestic demand.

Net foreign institutional investment in Indian stocks and bonds has quadrupled this year to $16.7 billion, including nearly $4 billion since the start of July, with shares in consumer goods makers such as Hindustan Unilever and Godrej Consumer Products recently hitting records.

The Sensex is up 14 per cent this year, making India the second best-performing major stock market in Asia.

With sluggish growth in the United States, and Europe fighting to stave off financial meltdown, many companies still covet India for the qualities that once made it one of the world's hottest investment destinations — namely its 1.2 billion people and a swelling middle class.

From Ikea and Coca-Cola to Krispy Kreme Doughnuts Inc and local motorcycle maker Hero MotoCorp, many companies are stepping up investment in India even as overall capital investment is down due to delays in big projects, high interest rates and global belt-tightening.

"The domestic consumption story is not going away from India. You just can't change the demographics, and you can't change the aspirations of Indian people," said Andrew Holland, CEO for investment advisory at Ambit Capital in Mumbai.

A prolonged political logjam has thwarted reforms, stalled decision-making and exacerbated high inflation, which has in turn forced the central bank to stick to tight monetary policy.

That has led companies to slash investment, with capital goods output plunging 28 percent in June from a year earlier. Foreign direct investment is down 67 percent since the start of the fiscal year in April, albeit from a record high last year.

While P. Chidambaram's return as finance minister in late July was applauded by investors fed up with his predecessor, Pranab Mukherjee, he is still politically hamstrung from pushing through reforms such as allowing foreign direct investment in supermarkets and aviation, or cutting subsidies.

Plenty of companies have left India, including telecoms carrier Etisalat of Abu Dhabi, whose licence was among those ordered cancelled by an Indian court amid a corruption probe. This year, insurer New York Life and U.S. mutual fund giant Fidelity Worldwide Investment have sold their India units, while Germany's Fraport, the world's No. 2 airport operator, said in June it was shutting its development office in the country.

Still, investors can take heart from a few smaller reforms.

India has, for example, been raising limits on foreign investment in bonds, attracting much-needed inflows.

State electricity distributors have been raising tariffs as fuel costs rise, acknowledging the dire financial state of the industry. Inadequate power is one of India's biggest weaknesses, and recent blackouts knocked out power to half the country.

Those shortages have been an opportunity for the Cummins Group, part of U.S.-based Cummins Inc <CMI.N>, a maker of diesel engines used as backup generators and to power anything from construction equipment to trucks.

Cummins generates $2.2 billion a year in India, and will ramp up annual investment in the country to $150 million for the next two years from $100 million in 2012, said Rajiv Batra, chief financial officer of the Indian operations.

"We are going straight ahead with our plans, because we believe this current slowdown is going to get sorted out over the next 12-14 months. And if we slow down at this stage then we'll be short of capacity when demand comes back," he said.

New Delhi has also given a nod to Reliance Industries <RELI.NS> to invest further in the offshore KG basin gas field, where falling output has disappointed India's hopes for greater energy security and led to prolonged bickering between the government and what was once India's most valuable company.

"Recent developments such as conditional approval to RIL (Reliance) for KG-D6 spending budgets after a long hiatus suggest the government is trying to reach out to India Inc. We expect more such decisions," Deutsche Bank wrote recently.

Meanwhile, Indian companies managed to grow earnings by a respectable 10 percent during the June quarter as they focused on boosting margins. Some are in the process of shedding non-core businesses and cleaning up balance sheets, putting them in better position for when growth recovers.

Policy interest rates at 8 percent since April are only expected to come down, possibly as soon as the Reserve Bank of India's September 17 review.

To be sure, India still faces the spectre of a credit downgrade to junk by Standard & Poor's or Fitch after a string of woeful data and a lack of policy momentum prompted the rating agencies to cut their outlooks. But some observers say a downgrade is just the wake-up call that the government needs.

Lattes And Motorbikes
It is India's young and increasingly affluent and urban population that keeps longer-term investors keen despite setbacks ranging from the threat of retroactive taxes to foreign investment limits to flip flops on policy initiatives.

In rural India, a key consumption engine for goods ranging from soap to motorbikes, agricultural wages are rising faster than rural inflation for the first time, according to Credit Suisse, which it expects will buoy spending.

Output of consumer durables grew an annual 9.1 percent in June, a bright spot in a mostly dismal industrial picture.

The services sector, which accounts for nearly 60 percent of India's economy, has grown nine straight months.

Car sales in the first four months of the fiscal year that started in April rose 5.6 per cent, according to the Society of Indian Automobile Manufacturers, behind its original target of 10-12 per cent growth for the year but ahead of last year's flat levels.

Rohit Walia, CEO of Alpen Capital Group, a Dubai-based boutique investment bank that recently opened a Bangalore office, its third in India, said clients have been investing in Indian consumption sectors such as healthcare and hospitality.

"We've got clients from here who are now looking at India a little more seriously, having burnt their fingers in the west."

It took Costa Coffee five years to break even in India, which it did in 2010. Same-store sales are growing at more than 20 percent a year, and Unni said he hopes the current downturn keeps real estate prices in check, helping its expansion.

"The basic growth story is still there. It is all a question of how we manage growth at this stage," he said.