For A Better Future 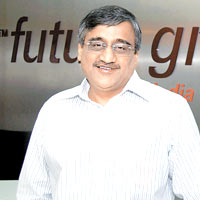 Petrol Pangs
Blame it on soaring petrol prices. India's largest car maker Maruti Suzuki has cut production of some petrol models, including the best-selling Alto, as much as 15 per cent. The company says sales of such cars have declined, and as the market sentiment is down, it does not want excess stock. Petrol prices were deregulated in June 2010, and on 23 May, oil marketing firms hiked petrol prices by 10 per cent or Rs 6.28 per litre.

Cheaper Food
Global food prices plunged in May because of good  supplies, growing global economic uncertainties and a strong dollar, says the Food and Agricultural Organisation. The UN body's Food Price Index, which tracks changes in global prices of a group of food commodities, fell by 4 per cent last month. This was the lowest level since September 2011.

Sour Apple
It seems Apple is a tad unhappy with the Samsung S3. In a court filing, Apple says the S3 infringes on two of its software feature patents and wants a ban on the US sales of the phone.