Foot Off The Gas? 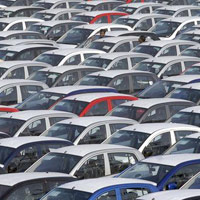 08 November, 2014
Print this article Font size -16+
Hyundai Motor Co drove up sales in France by 40 per cent last month and had a record September in the US, but it has since had nearly $7 billion wiped off its market value as investors query the South Korean automaker's go-slow on expanding capacity.

Hyundai, which with affiliate Kia Motors is the world's fifth-biggest carmaker, has not announced plans for a new plant for at least two years, part of a strategy to focus on brand and quality over aggressively chasing market share - but this has left it short of cars to sell into a recovering US market, where Japanese rivals have muscled back in, as well as in emerging markets such as India.

In a summary note this week, Standard & Poor's forecast Hyundai and Kia would lose global market share by 2014. The group is likely to say later on 25 October that July-September net profit rose 11 per cent to 2.13 trillion won, with growth hobbled by the firm's costliest-ever labour strikes in July-August in its home market - where it makes nearly half of the vehicles it sells globally.

Lost production from those strikes will have overshadowed sales gains in markets from Europe and the US to China - where Japanese brands suffered in the fallout from a diplomatic row over disputed islands in the East China Sea.

Analysts have trimmed their earnings forecasts for Hyundai in recent weeks to reflect the impact of the strikes - half of the 28 estimates for net profit are new or have been revised since October 5, pushing down estimates by an average 7.4 per cent, according to Thomson Reuters StarMine data.

Long Drive
While earnings should pick up speed again in the current quarter as buyers like the value-for-money a Hyundai car offers in a weak global economy, the company's reluctance to expand capacity significantly has investors worried about its ability to sustain strong profit growth over the long-term.

Those concerns have seen Hyundai's shares slump more than 13 per cent this month, hitting 7-month lows on 24 October. Over the same period, shares in Honda Motor Co Ltd, Nissan Motor Co Ltd and Toyota Motor Corp have risen around 7 per cent, 4 per cent and 2 per cent respectively.

"The reason for Hyundai's share price fall is very simple; growth deceleration," said Ahn Young-hoe, a fund manger at KTB Asset Management, adding that South Korea's won currency has also been stronger against the dollar, eating into overseas profits when they are repatriated.

The industrial action -- which cost Hyundai more than 82,000 cars worth $1.5 billion -- hit the South Korean market hardest, but Hyundai managed to keep total July-September shipments flat as stocks of cars made overseas kept sales ticking over.

Broad Gains
In China, the world's biggest auto market, Hyundai increased its September sales by 15 per cent after opening a third plant there in June and as Japanese rivals were hit by a popular backlash in the islands dispute.

In the US, Hyundai increased its sales, led by the compact Elantra and revamped Santa Fe crossover, but likely by less than it would have if supplies had not been so tight. Japanese rivals enjoyed bigger gains in a market that is finally recovering from the global financial crisis. Hyundai last month began production at a plant in Brazil.

Hyundai also pushed up sales in Europe in September -- when the overall market saw its sharpest slide in 12 months - taking market share from Peugeot, Fiat and Renault. But the Korean group is not immune from the chill winds of the region's debt crisis, and has cut its Europe sales targets for this year and next.

In Europe, leading carmaker Volkswagen said on 24 October its third-quarter underlying profit tumbled by a fifth amid a deepening slump in European car markets. And Peugeot edged close to a near-$15 billion refinancing deal for its car loans division, as quarterly sales slid 3.9 per cent and it again cut its full-year European outlook.

In a further sign of the strains in the region, US automaker Ford Motor Co is to close a factory in Belgium by the end of 2014 and shift production to Spain. Hyundai is the first of Asia's global automakers to report latest quarterly earnings. Honda comes out on Monday, with Toyota and Nissan due on 5 November and 6 November, respectively.