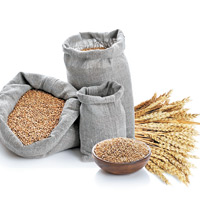 08 November, 2014
Print this article Font size -16+
UPA-II’s desperate dash to pass the National Food Security Bill before the 2014 general elections is understandable. But for the beneficiaries, what will matter is not the Bill, but its implementation.

Unfortunately, even though the money allocation has been calculated to the last rupee, the building blocks of its execution are hardly in place. The Bill talks little about food security, and is all about food entitlement, insufficient quantity and nutritional value for 75 per cent of the rural and 50 per cent of the urban Indian population. Had it been implemented in 2012-13, as originally planned, it would have raised the food subsidy burden from Rs 1,09,796 crore to Rs 1,12,205 crore. The irony, though, is that beneficiaries themselves have not been identified, exclusion and inclusion criteria not fixed, cash transfer in lieu of foodgrain entitlement not decided, and the state and central governments are yet to agree on expenditure sharing. So, is this just a case of an empty vessel making a lot of noise?
— Joe C. Mathew
That’ll Be $1 For A Tinkle
Low-fare airline Ryanair’s chief Michael O’Leary is also known as Michael O’ Really in aviation circles for all the strange things he has threatened to charge passengers on his airline. Over the years O’Leary has suggested a ‘fat tax’, ‘standing room only seats’ (strap passengers to their seats standing) and even a ‘loo charge’ (as O’Leary pointed out, most of their flights’ average time was 1 hour so he didn’t see why it was necessary to have three toilets in the aircraft, and that if he charged a small fee, passengers would be encouraged to use the toilet at the airport before boarding). While most of his outrageous suggestions have remained just that, closer home, there’s no stopping the aviation industry from doing what it wants to. Recently, India allowed airlines to charge for ‘frills’. They can now charge extra for things like first boarding, preferred seating or checking in baggage. While these may seem small compared to what a ticket costs, the move can help airlines earn substantial revenues. Result: the already burdened flier ends up forking out more.
— Anjuli Bhargava
Change Of Guard
Vinod Rai’s tenure as Comptroller and Auditor General of India (CAG), which ends in May, will be most remembered for the sound and fury caused by the watchdog’s reports on coal mine  and 2G spectrum allocations, among others. His tenure saw CAG reports being leaked to the media, causing  a lot of embarrassment to the Centre. Thus, post-Rai, it will be interesting to see if his successor conforms to the government’s wishes, or follows Rai’s path. Also, whether the audit processes introduced by Rai — the three-phase accounts audit — are overturned. This audit process is supposedly more participatory (since its subjects can comment on the CAG’s draft reports) and transparent, but also prone to leaks. The task before the new CAG will, thus, be to see that all qualitative changes remain untouched, and reforms continue, irrespective of audit outcome.
— Joe C. Mathew

A Lot Of Burning Over A Plot Of Land
When there is 6 billion tonnes of coal sitting beneath a plot of land allotted to a power plant, what do you do? If you are Coal India or NTPC, you fight a protracted legal battle before arriving at a solution, that too provided by no less than the Prime Minister’s Cabinet Committee on Investment (CCI). Under the deal, NTPC will first set up the 1,980 MW power plant. Once its 35-year lifespan ends, the land will be handed over to Coal India.
Coal India has been claiming all along that the plant is planned close to the high-yield Karanpura mines in Jharkhand and that it would hamper Coal India’s output. Well, if the solution had been arrived at when the plant was allotted to NTPC around 10 years ago, it would have completed a third of its life by now, besides saving the crores that have been spent on the legal battle.

An Unusual Case Of Mixed Signals
In April a parliamentary standing committee submitted a report faulting the coal ministry, the Centre and various policies for coal shortage and problems in coal allocation. It said allocating blocks to private players was the way forward, and urged the ministry to “work on a war footing”.

Ironically, it also noted private players have made little or no improvement to coal production. Of the 160 blocks allocated for captive mining to private firms during 2004-08, only two started production. With this track record, we wonder what will the next round of privatisation achieve?
— Moyna
Black Deeds With A Happy Fallout
Banners, buntings and other election paraphernalia have been missing. The credit for that mainly goes mainly to the Election Commission (EC), which kept a close watch on the expenditure incurred by candidates and parties.
However, according to the Association for Democratic Reforms and Karnataka Election Watch that work in the area of electoral reforms, close to Rs 6,000-7,000 crore of black money would nonetheless have been infused to sway opinion or buy votes. All of this happened in spite of the EC’s best efforts.
The cash inflow is expected to temporarily boost the local economy as candidates went all out to woo voters with liquor, sarees, groceries, watches and supply of water through tankers.
However such munificence is not without reason. Politicians ‘earn back’ the money ‘invested’ in the poll process, say analysts and observers.
— Venkatesha Babu

Buyback: Boon Or Bane?
The mammoth $5.4-billion buyback offer proposed by Unilever in Hindustan Unilever (HUL) has landed conservative
investors in a quandary. HUL, which is considered a strong core portfolio stock, is being bought back by parent Unilever at Rs 600 per share, which is roughly 5 per cent higher than the current weighted average price of Rs 573. The million-dollar question is should investors tender their HUL shares at Rs 600 apiece? Most analysts expect HUL to register 7-8 per cent growth in volumes over the next few quarters. This indicates further price expansion.

However, the consensus on Dalal Street is that HUL may correct to Rs 530-levels after the buyback offer. Also, top institutional brokers do not expect foreign portfolio investors (with over 22 per cent stake) and Life Insurance Corporation (with over 3 per cent) to tender their shares during the buyback offer. So the best bet for long-term investors will be to hold on to their investments in HUL. Investors with a mid-term view can tender the shares at buyback; they can re-enter the stock at lower levels after the offer.
­— Shailesh Menon

A Little Too Late To Resuscitate...
The government’s decision to aid Hindustan Machine Tools (HMT), the public sector unit (PSU) that dabbles in everything from watches, bearings and tractors, with a second revival package — this time of Rs 1,083 crore — has left many puzzled. With the wage bill and interest burden alone exceeding the fresh cash infusion, the move is unlikely to revive HMT. The employees’ cost alone covers 60 per cent of the consolidated revenues. With HMT playing neither a strategic role like defence PSUs nor being the only player in its segments, there is no reason for the government to bail it out. HMT had received a handout of Rs 880 crore in 2007. Taxpayers and the public exchequer will benefit if the firm is wound up, and the employees given voluntary retirement. The Centre must act now and stop throwing good money after bad.
— Venkatesha Babu

Headwinds Blow Suzlon Off Course
It’s been a long spell of stormy weather for wind energy major Suzlon, and now things seem to be taking another downturn. REpower Systems, its German subsidiary that was its only profit-making unit so far, is slashing jobs to streamline its operations and save €100 million in 2013-14. Many feel the move is to gear up for an impending change in Germany’s law to withdraw subsidies to green energy companies, to bring down its energy bills. REpower, which had posted a profit of €27.8 million in just the first half of FY12, is likely to see a 20 per cent drop in revenues in FY14. So far, Suzlon had allowed REpower to function independently to leverage its healthy balance sheet and raise funds for expansion. But now, as REpower faces trouble, the under-debt Suzlon is undergoing a corporate debt restructuring and struggling to pare its Rs 10,000-crore debt. But even then, the subsidiary is much better off than the parent, and experts say one option for Suzlon to get out of its financial issues is to merge REpower and leverage its healthy balance sheet.
— P.B. Jayakumar

The Chairman’s New Men
The Tata group’s makeover under Cyrus Mistry has raised many eyebrows as a bunch of executives from outside has superseded the so-called ‘insiders’. In a rather quick act, on 30 April, the group’s holding firm Tata Sons quashed the two empowered bodies of old guards — Group Executive Office (GEO) and Group Corporate Centre (GCC). In place of these crucial decision-making bodies, Tata Sons deputed a council of middle-aged executives, ‘outside’ the rungs of Tata’s in-bred command chain, by forming a Group Executive Council (GEC).
The GEC, headed by Mistry, has former Ernst & Young partner N.S. Rajan (as chief HR officer) and former Bombay Stock Exchange CEO Madhu Kannan (in charge of business development). Tata Administrative Service officer Mukund Govind Rajan is the only GEC member who has been groomed inside the group. Other GEC members will be announced in due course.
But some are questioning this line of hiring, given that there is still a capable second line of command, groomed with a purpose. “It will be interesting to see if such appointments happen at the group company level,” says a Tata veteran. So, is this Mistry’s attempt at injecting new blood into the 145-year-old salt-to-steel conglomerate to prepare it better for times to come?
— Nevin John

The Icing On The Push-cart Race
As the mercury shoots up, ice cream battles for a larger share of parched throats start heating up. After new flavours and new campaigns, it’s now about new distribution strategies. Creambell, part of Devyani International, whose sister concern RJ Corps is one of Pepsi’s largest bottlers, is testing a hybrid cart that can sell both the beverage and ice cream. The cart is being tested in Gurgaon, and if the technical hiccups (of cooling-temperature differences) are overcome, the plan is to flood NCR with it. Last year, Mother Dairy too tried to club selling its Safal range of frozen peas with ice-cream through carts in parts of Delhi. Well, let’s see who gets to cream the cart market first in this innovative race!
— Chitra Narayanan

Zooming Ahead On Finance
In the Indian luxury car market, it’s neither brand loyalty nor car specifications that seem to be the driving force when it comes to sales. When one takes into account the competition between the top three luxury carmakers — Audi, BMW and Mercedes Benz — it’s attractive finance that’s drawing in the ‘discerning’ buyer. And, for the second time, Audi seems to be ahead.
Till March this year, Audi, which was the last of the three to enter India, managed to sell more cars than the other two thanks to the innovative financial schemes the firm launched in the past year.

Industry trackers say that all  three firms have been aggressively trying to attract buyers, but Audi’s EMI schemes, its aggressive launch of products and expansion of its network of dealers across the country have given it an edge.
— Sachin Dave