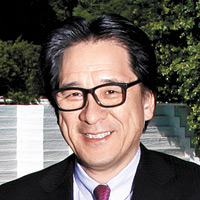 08 November, 2014
Print this article Font size -16+
Japan External Trade Organization (Jetro) has 73 offices all over the world, including four in India — in Delhi, Mumbai, Chennai and Bangalore.  Jetro was set up 55 years ago to promote exports from Japan. Today, Japan is the world’s fourth biggest exporter; its exports in 2011 were $822 billion, or 4.5 per cent of the world’s exports. Now Jetro has gone on to other activities. One of its recent initiatives is to attract the world’s leading companies with high value added to invest in Japan; the idea is to make Japan the centre of the world’s most advanced technology. And to do this, Jetro is prepared to subsidise forward-looking projects — even projects of foreign firms. Its chairman Hiroyuki Ishige, who visited Delhi earlier this month, took a sweeping view of the global economy, and explained Japan’s current policy initiatives and concerns. Edited excerpts from an interview:

Japan has had a long relationship with India. It is changing rapidly today. So what is the direction it is going to take.
Let me start with Abenomics. Prime Minister Shinzo Abe, on taking office last December, announced that policies should be changed to bring growth back to the Japanese economy. He announced his three-arrows policy. (He was referring to Mori Motonari, a great Japanese lord in the 16th century. Mori once called his three sons, gave each an arrow and asked him to break it; they broke easily. He then gave each three arrows; they could not break the three together. Thus, he showed them the superiority of unity.) Abe’s three arrows are a bold monetary policy, a flexible fiscal policy and a growth strategy to stimulate private investment. The first two are in place; the third depends on the first two.

The government has introduced a supplementary budget with a 13-trillion-yen stimulus package. It has recalled Haruhiko Kuroda, who was president of Asian Development Bank in Manila, and made him governor of the Bank of Japan. He will soon adopt an expansionary monetary policy. Investors seem confident about the growth strategy, as rising Japanese stock prices show.

Keynes called it ‘Animal Spirits’...
Yes, yes. Animal Spirits have been revived. Now, we await the shooting of the third arrow — the growth strategy. It comprises structural issues like trade policy, science and technology policy, pension fund and social security policy. This will be tackled in the industrial competitiveness council, created by the government, of 10 business people, professors and ministers. The new growth strategy will be decided before the Upper House elections in July. Prime Minister Abe visited the United States in mid-February and met US President (Barack) Obama. They are focusing on the partnership agreements.

US-Japan free-trade agreement (FTA)?
Not only that, it is called TPP (Trans-Pacific Partnership), which has been under negotiation between the US and South-East Asian countries. But both countries have their sensitivities. For the US it is auto and some other sectors. For Japan, it is agriculture. Now both sides are discussing on what conditions Japan should be admitted to the TPP negotiations. Meanwhile, the PM will work on getting Parliament approval. I think TPP will help Japanese economy move back into growth. The government expects the economy to grow 2.5 per cent in 2013, which is much higher than in recent years. But compared to India’s growth it is low.

The Japanese government intends to raise inflation level from the current zero to 1 or 2 per cent. The Japanese people are very sensitive to inflation. So, I was wondering how they will react, especially because the return on investment in Japan is almost nothing…. The other question I have is about exchange rates. The yen’s strength has been a major problem for Japan. I don’t know if Japan can do anything about it; if Japan tries to devalue, the Americans will be unhappy, and maybe the Chinese too...
The Japanese government will not intervene in the currency market. This government is trying to change the expectations of the inflation rate, which is currently almost zero.… That does not necessarily mean market intervention…Policies of providing cash to the market have also been undertaken by other central banks like the Fed (Federal Reserve) and European Central Bank. As for whether Japanese people are supportive of inflation or not, the interest rate is almost zero. If we change our inflation targets, maybe we will change our interest rates to align with those targets. I think, yes, the older generation…may oppose such inflation policy.

On the other hand, the younger generation will be interested in increasing its income in line with inflation. The business people will also support inflationary policy... After the Second World War, the inflation rate was, I think, in double-digits. But that generation has already disappeared. My generation saw an inflation of 20-30 per cent in the economic crisis of 1973…but three or four years later, it fell to 5 per cent, 4 per cent, 3 per cent, which continued till the bubble burst in 1990. So…as I said, it depends on the generation.

Prime Minister Abe is making a trans-Pacific alliance, but President Obama has serious problems with his political opponents…. How do you think the coordination with the US will work? China is Japan’s biggest trade partner; and Japan has enormous investments in China. So China may not be positive towards Japan’s getting closer to the US. I suppose that Japan has also consulted China. What is their attitude?
Negotiations will start soon on the China-Japan-Korea FTA. And the Asean+6 (Association of Southeast Asian Nations plus Japan, Australia, China, India, South Korea and New Zealand) economic partnership FTA was also agreed upon at the East Asia Summit in Cambodia…. Those decisions were made in a difficult political climate — in the middle of September when there were big anti-Japan demonstrations in China. Just two months later, the leaders agreed to launch negotiations on the FTA. Why was that possible? Maybe the Chinese government is being nice to Japan (in a lighter vein).…
No; in my view, China fears that Japan will go into the TPP negotiations before the FTA negotiations. That is a nightmare for China.... So the Chinese government made a tough decision to go ahead with the FTA…and the idea of the TPP was promoted by President Obama when he visited Tokyo…because the US government assessed that the Doha Round would not be revived soon…. The US negotiators are realistic; they will find something that will be acceptable to the US opposition.… The US tariff on cars is just 2.5 per cent; on trucks it is 25 per cent. But Japanese truck makers are not so strong. And some companies have built factories in the US; they prefer tariffs. So I think there will be some compromise in the case of TPP.

Whenever we negotiate with the US, its domestic politics becomes important. For example, we have many IT engineers working there. The Democrats are in favour of free movement; the Republicans oppose it. We have to negotiate with the Republicans because the US government’s relations with the Opposition are not that good. US politics is also so complicated. For example, many Indians in America support Republicans. So we can talk to the Republicans through them.… Do you find negotiating with America equally complicated?
It depends. Normally we do not have to work on them directly. But, in this case (TPP), I don’t know. India is included in the Asean Regional Comprehensive Economic Partnership negotiations; I hope that India will promote trade and investment liberalisation by using this initiative. Japan and India have already implemented a free-trade agreement, but that is not enough. Japanese companies, and probably also Indian companies, have branches all over the region.

Components are exported across countries. Transnational companies would like to be free to choose location.… If regulations are harmonised, efficient supply chains will be created. India should join that process. I feel India is not so positive about trade liberalisation and fears the cost to its domestic industry. But if you stay out, your industry will lose competitiveness in this globalised world.

Our Prime Minister is a great well-wisher of Japan. In the 1980s, when we had our last crisis, Japan stood by us. When Manmohan Singh became finance minister in 1991, Japan was the first country he visited. He took me with him.
Unfortunately he is not very strong because of our politics.… I do agree India has played a negative role in the Doha Round.… It is also a problem that our second biggest trade partner is the European Union, with which we are negotiating an FTA; that has implications on our relationship with other countries, which is why Indian government has not been more active.
I am very glad to hear this. There was a discussion among Asean on the membership of the FTA. Japan favours Plus 6; China favours Plus 3 (Asean plus Japan, China and South Korea). China was able to influence Asean. We thought in the future, 10 years later, 20 years later, India will be stronger and it is necessary for us to invite India, not only China, but India must also be there…

Japan’s markets are also China’s markets. Whereas today, India’s second largest trading partner is the UAE, whence our exports go to the entire Arab region.… If you want to enter the Arab markets, India is the best country of origin. (In India) Gujarat is building many ports. This is where foreign trade is developing faster. I wish Japan would play a role in building ports there.… The other point is that we in India have neglected South-East Asia. We do import a lot from there, but Malaysia, Indonesia, Vietnam, are the countries with which we should have a closer relationship. And there you have enormous Japanese investments. I have just come back from Bhubaneswar, the capital of Orissa. Orissa would like to develop ports to trade with the east. So that’s another area where Japan could partner. Japan was extremely important in India’s development till the 1980s. But in the last 10 years, Japan and India have looked elsewhere. We need to again look at each other.
Actually, Jetro has been working along the lines you have suggested. We are there in the Delhi-Mumbai industrial corridor, and we are there in the industrial park in Neemrana, set up in 2006. All big Japanese companies have made investments there.

Jetro is also focusing on Gujarat. During the ‘Vibrant Gujarat’ meeting in January, Japanese companies visited the industrial park site. Suzuki decided to buy land there to export its products to the Middle East and Europe countries.… On the east side, we are in the Chennai-Bangalore industrial corridor. We asked the chief minister of Tamil Nadu to provide better infrastructure so that Japanese companies can improve their productivity. The government  is a bit slow. This region is important because of its links with Asean.

In the Mekong region, infrastructure has to be improved, Myanmar and Thai governments have requested us to help them build ports, industrial parks. Once that happens, connections between the Mekong and India will grow, especially across the sea will be considerable. I do not know about land connections, but the potential of marine trade will be enormous.