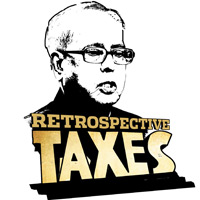 
International tax experts, however, feel that the similarity between the international cases and the Indian tax amendment is limited to its "retrospective" nature only. "These (retrospective amendments) are not commonplace. Typically, when you do this, you need to consider the context. The impact of such amendment on business should be explained to the industry and its views should be considered," says Rahul Garg, executive director at Pricewaterhouse-Coopers India.

According to Garg, the Indian amendment is unique because it was meant to override the ruling of the country's apex court. "A 22-year-old law was (retrospectively) amended in Britian, but that was because the law was not clear. How many retrospective amendments were carried out to reverse the judgement of the highest court of the country? In China it was not done for this purpose", he explains.

Mukherjee has, however, asserted that Parliament reserves the right to amend laws. "There cannot be a situation that somebody will make money on an asset located in India and will not pay tax either in India or to the country of its origin…because of making some arrangements through certain tax haven areas through a complicated setting up of a series of subsidiaries and having huge capital gains on the assets located in India," he said. Irrespective of Vodafone's protest, the government seems to be moving ahead with its plans.