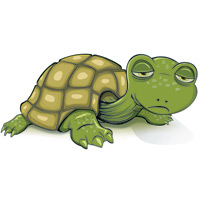 08 November, 2014
Print this article Font size -16+
In the words of one economist, it’s too bad to be true. The advance estimates of gross domestic product (GDP) for FY13 from the Central Statistical Organisation (CSO) put economic growth for the year at just 5 per cent. This is well below the Reserve Bank of India’s (RBI) estimate of 5.5 per cent, and that of the International Monetary Fund (IMF), at 5.4 per cent. Given that GDP grew at 5.4 per cent in the first half of FY13 over FY12, GDP growth in the latter half of FY13 will have to be 4.6 per cent over the second half of FY12 if the advance estimates are correct.
And therein lies the rub. In 2010, the CSO’s estimate for GDP growth in FY10 was 7.2 per cent; the actual number was 8.6 per cent. For FY11, the CSO estimate was 8.6 per cent, and the actual figure was 9.3 per cent; for FY12, it went the other way at 6.9 per cent versus an actual 6.2 per cent. So the reliability of advance estimates is rather shaky. That, of course, is equally true for the estimates of others ­— including RBI and IMF.
— Srikanth Srinivas
Juggling Books
The centre may gloat that its share sale process is on track, but it’s not disinvestment in the truest sense. It is, simply, a movement of the Centre’s assets from one of its books to another.
Rs 12,000 crore at the last moment. In November, LIC and State Bank of India did a repeat for Hindustan Copper’s 4 per cent OFS. The practice now seems set. Cash-surplus state-run entities, like banks, are now picking up stakes in their cousins with prior board approval; the current cash pile with them is in the region of Rs 1.5 lakh crore.
For example, in March 2012, the first ever offer-for-sale (OFS) of 5 per cent in Oil and Natural Gas Corporation was bailed out by state-run Life Insurance Corporation (LIC) — it pumped in
NTPC’s OFS for 9.5 per cent will get about Rs 12,000 crore and help the Centre better its 2009-10 record of Rs 25,533 crore. But, in this case, it’s not clear how many ‘state’ investors there are.
— Raghu Mohan
Now, An ID For Livestock
Maharashtra seems to have taken a page out of Aadhaar’s book. Only in this case, it is livestock that is being issued ID numbers.
To do this, the Maharashtra Animal Identification and Recording Authority (Maira) was set up to put in place a system of identifying each animal by using approved identification methods such as RFID to record the production and reproduction performance of livestock. The Maira system, once in place, will be mandatory for animals that are a part of government-sponsored animal husbandry schemes. This is to encourage firms to use the ID number for livestock insurance, and will also help in better scientific management and faster quarantine measures when needed.
— Joe C. Mathew
Failed SEZs Find An Exit
Maharashtra’s industrial policy, unveiled last month, created a storm. At the centre of the controversy are developers, who are being allowed to convert languishing special economic
zones (SEZ) into integrated industrial areas (IIA).
The new policy envisages using 60 per cent of the land for industrial purposes, while 40 per cent can be set aside for housing and commercial use. The policy provides an escape route to developers stuck with SEZs, by allowing residential townships alongside industrial parks.

New Platform
In early February, 30 software product firms formed a think tank to represent their interests. Many of them are
This ‘break’, say insiders, is mainly because new firms — specially those in e-commerce and software products — have often not found voice in Nasscom. iSpirt’s objective is to address the con­cerns of these firms. In the past, Nasscom tried to address some issues through new committees, but that didn’t quite work.already members of the Som Mittal-headed National Association of Software and Services Companies (Nasscom) , the de facto association of the software sector. Members of the new group, the Indian Software Product Industry Round Table or iSpirt, are still affiliated to Nasscom, but their need for a new platform has set tongues wagging.
— Swati Garg

Responsible Consumption
Now, more than ever, the question of sustainability in business practices is of utmost importance. Many alarming stats were discuss-ed during a session on sustainability in retail at a recent event by the Retailers Association of India.
The consumption demand is expected to double but there is no guarantee that production will double too. It was also found that four products (including palm)and four countries (not India) account for 50 per cent of the world’s deforestation. The good thing, though, is that global studies have shown that 93 per cent of consumers are willing to boycott a firm for irresponsible behaviour. Also, 400 of the world’s biggest consumer goods firms and retailers have pledged to keep deforestation out of their workplace by 2020, under the aegis of The Consumer Goods Forum. For now, nearly everyone is using sustainability as a competitive advantage at the marketplace.
— Prasad Sangameshwaran

Food & The GDP
The agriculture sector’s impact on the projected 5% growth in GDP in FY13.

Click Here To View
Compiled by Joe C. Mathew
Sources: CSO and Ministry of Agriculture
Gender Bender
Men are walking down the aisles in large numbers. Shopping aisles, that is. A recent study on shopping behaviour
shows that around 50 per cent of shoppers in hypermarkets are male. It also says that now one in two shoppers comes in a group vis-à-vis shopping alone, and people in groups shop more per person than a lone ranger.
— Prasad Sangameshwaran
Taxes And Speculation
Commodity traders are feeling edgy following reports of the finance ministry planning to impose a commodities transaction tax (CTT) on commodity exchanges (first mentioned in the 2008-09 budget by the current finance minister P. Chidambaram) in this year’s Budget.
If introduced, the levy of around 0.017 per cent tax on commodity derivatives trade, on the lines of the securities transaction tax, is expected to lower volumes and increase trading cost for commodity traders and investors. Apart from pocketing
additional tax revenue, the government intends to curb excessive speculative trades.
The Indian commodities market is quite significant when it comes to size and trading volumes, and the CTT can help track these transactions. As per Forward Markets Commission data, the commodities market logged volumes worth Rs 136.51 lakh crore from 1 April 2002 to 15 January 2012. On the flip side, experts are cautioning the Centre against such a move as it will prompt traders to shift to the dabba (illegal markets) trading system.“Dabba market is already thriving in India…CTT could shift some portion of volumes from the exchange,” says T. Gnanasekar, director, CommTrendz Research.
— Shailesh Menon