New Delhi [India], January 31 (ANI): Citizens in Delhi on Friday woke up to a foggy morning as the temperature dipped in several parts of the city. The situation worsened as the air quality remained in the 'very poor' category.
The Regional Meteorological Department of Delhi on Sunday stated that the maximum temperature in the city touched 22 degree Celsius and the minimum touched 4 degree Celsius.
As minimal temperatures continued to shiver Delhites, many parts of the city reported low visibility.
India Meteorological Department (IMD) in a tweet stated, "Visibility (in meter) recorded 0530 hours IST of January 31: Delhi (Palam and Safdarjung)-1000m."
The air quality index (AQI) in the city continued to remain in the 'very poor' category. 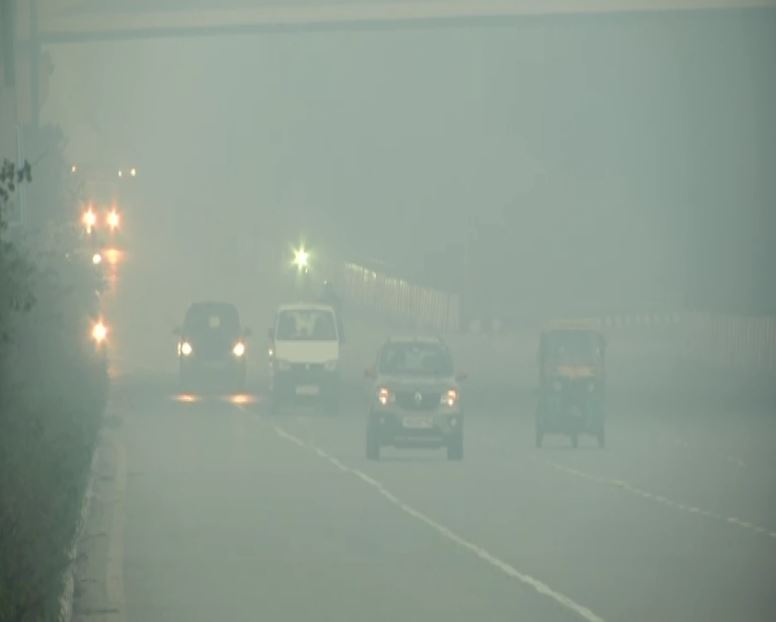 The System of Air Quality and Weather Forecasting and Research (SAFAR) stated, "The overall AQI in the city reported is 305."
On Friday, the AQI in the city was 346 and on Saturday, the AQI was 375.
An AQI between 0-50 is marked good, 51-100 is satisfactory, 101- 200 is moderate, 201- 300 is poor, 301-400 is very poor and 401-500 is considered severe.
The most likely reasons behind poor air quality, as stated by SAFAR, are high local wind speed and low stubble burning.
"Surface winds are high and southwesterly in direction; high winds are forecasted to continue for the next 24 hours. Due to the better ventilation index, AQI is likely to improve further the lower end of 'very poor' to 'poor' AQI is forecasted for tomorrow. AQI is likely to marginally deteriorate on February 1-2 but within the 'very poor' category," SAFAR stated in its daily report," SAFAR stated. (ANI)