In a short span of six years, the streaming ser­vice has caught on with more than 113 million registered us­ers and over 10 million paying subscribers 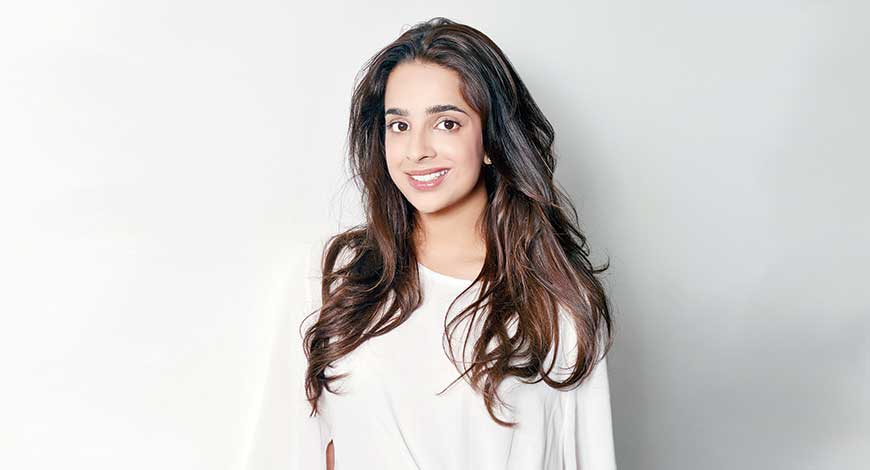 When Eros started its OTT platform, Eros Now, Rishika Lulla had just one thing in mind: to make the platform one of the largest for Indi­an language content. Judging by the way things are going, it seems she’s well on her way to achieve what she wanted.

In 2012, India’s streaming services were only beginning to take off. Eros had to build its digital team from the ground up. Lulla played a huge role in building a team of engineers and product designers who worked out of Bengaluru, India, and San Francisco, US, to create its massive over-the-top (OTT) service from scratch.

“It was definitely a steep learning curve. We built the team from the ground up, which has been fun. When you are so in­vested in it, it literally becomes an exten­sion of yourself,” says Lulla, who heads the digital platform Eros Digital, the digital arm of Eros International, the NYSE-list­ed leading global company in the Indian film and entertainment sector.

In a short span of six years, the stream­ing service has caught on with more than 113 million registered users and over 10 million paying subscrib­ers. The platform has more than 11,000 titles for viewers to choose from across all Indian languages and even across genres.

Original and differ­ent is what Rishika, daughter of Kishore Lulla, Chairman of Eros International, is put­ting her energies into and focused on getting the right product out to cater to a wide variety of audiences. It helped getting Eros Now off the ground quickly and de­velop its own niche in a highly competitive streaming industry.

Says Lulla: “The months went pretty well and we met the targets that we had projected. We had great clarity as to where we wanted to go, and it is finally seeing fruition.”

From the beginning Eros Now focused on building the regional language content where, due to its parent, Eros Internation­al, the company has an edge in produc­ing and releasing regional content. Says Lulla: “In the past couple of years, OTT has definitely been the golden child and where the focus is. At Eros Now, we have our niche. We have our own content due to the studio content we can obtain, and the theatrical studio output as well as our library. From the beginning we have been quite focused on regional language, and we want to reach across the country rath­er than just the top one percent on which many of our competitors are focusing. So we have consciously taken a low-pricing strategy to ensure distribution. We want to be the No. 1 OTT operator in the country and we want to keep that position.”

Under Rishika’s leadership, Eros Now is launching an original series, Side Hero, in Oc­tober this year. It also has a few original series under its belt to be re­leased soon. In the com­ing eighteen months, the Eros group is planning to launch more than 70 originals.

For Rishika, the heartening thing is that through Eros Now she can reach out to hun­dreds of users across the world. A large number of Eros Now users are from across the borders. “Our Indian story is actually travelling the world today. We have a lot of viewers from Indonesia, Malaysia, Thai­land and Brazil for our trailer of Side Hero. Our content does cross borders,” she notes.

If you want to know Rishika’s favourite serial, “Watch Side Hero on Eros Now,” she says promptly. When you prod further, “It’s like asking you to pick who is your favou­rite child,” she beams.