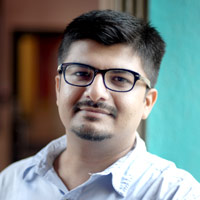 08 November, 2014
Print this article Font size -16+
The finance minister’s announcement on helping start-ups has come at a time when it was urgently required. The cheer is set to be louder for start-ups which were somehow ignored by all previous governments.  For the record: the finance minister announced to set up a Rs 10,000-crore venture capital fund that would invest in Indian start-ups.

This comes at a time when the private VCs are still treading cautiously while investing in Indian start ups. If India aims to take on China anytime in the next ten years on the economic front, start-ups that not only generate growth but also good returns for its investors are most required. Although it is not clear yet how the fund would act and what would be the average size of investments, but going by the record, smaller investments have always yielded results. It is also not clear how long will the newly formed VC fund take to deploy Rs 10,000 crore.

Traditionally, private VCs tend to spread their investment cycle for anywhere around 3-5 years. And that is the same model that could be followed up by the government. The main area where a government VC fund can help more than a privately run one is; risk appetite. The government fund can invest in start-ups which may make very less profits or perhaps may never make profits but could be beneficial for the society as a whole. Like investing in the social sector where the returns are not very attractive. Yet, government should also try and spread its investments in for-profit start-ups. And if possible, follow the ground rules set by the privately held VCs of investing the investment amount after five to seven years. Yes, government too must aim to make returns on the money invested, as this is not a grant but an investment in start-ups.

However, the government must try and not fall in the trap of investing most of its funds in Information Technology start-ups. IT start-ups already have an ample exposure to private VC funds as more than 65 per cent of the total VC investments in India are made in IT companies. The government also announced that it would be setting up an incubation centre for the start ups. It would be really be interesting if the incubation centre selects the start-ups they invest in based on some kind of transparent and competitive mechanism. If the government is able to deploy even half of the promised sum of Rs 10,000 crore, rest assure, acche din certainly becons for the start ups, and hopefully we will see more of Flipkarts and Bookmyshows.
Tags assigned to this article:
budget news 6 economic survey budget deficit sachin dave budget 2014 budget 2014-15 rs 10000-cr venture capital fund indian start-ups