Find Me A Match, Catch Me A Catch 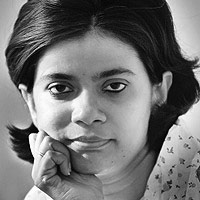 08 November, 2014
Print this article Font size -16+
There have been rumours for a while now that Etihad Airways would take a stake in Jet Airways, in the wake of the announcement allowing foreign direct investment (FDI) from airlines in domestic Indian carriers. But the deal is taking rather long to fructify (which makes me doubtful whether it will eventually happen). The proposed Tata venture with AirAsia, on the other hand, is already on the cards. AirAsia is yet to apply for and receive an airline operator’s certificate (AOC), but plans are certainly afoot.
The ministry of civil aviation may or may not think so, but all these new investments could actually make matters worse for Air India. The struggling carrier will find it even tougher to withstand this kind of competition. If the ministry actually wants the national carrier to survive, it should be out there looking for foreign investment, and then finally let go of the airline at this stage.
There couldn’t be a better time to look for partners for Air India. The airline’s performance has been steadily improving over the past year, aided by the exit of Kingfisher Airlines (KFA) as well as the fact that employee unrest has been much lower of late (though latent discontent undoubtedly exists).
Aviation ministry officials claim that following KFA’s exit the airline has managed to increase its domestic market share to 20 per cent (from around 14 per cent). It has not resorted to senseless fare cuts, and the discipline has helped improve the bottomline. Some officials believe the airline may even post a small operating profit, despite the setback over the grounding  of B787 Dreamliners.
While all this may sound very good, experts say that serious “structural issues” continue to plague the airline.
A very basic problem facing the airline is that the staff continues to be demoralised and largely disinterested in the fate of the carrier. How far can an organisation go if its employees are not bothered about its performance? Pilots, stewards, hostesses, engineers — almost everyone is disillusioned with the way the airline is being run, and see no improvement in their career prospects.
Unless the employees change their attitude and think they have a stake in the airline’s future, there is little anyone can do to intervene and rescue the faltering carrier.
Debt, and the heavy burden of servicing it, is a sword that hangs constantly over the management’s head. Bank and aircraft-related loans amount to almost $9 billion, according to a calculation by CAPA (Centre For Aviation). Add to this another $1 billion that it owes to vendors,  fuel suppliers and airport operators. CAPA, in fact, estimates that Air India’s debt is double that of all the other carriers combined.
How this debt is going to be serviced remains unclear, since only 12 of the 189-odd routes on which the airline operates, meet costs. Ninety-five routes don’t even meet their cash costs. The airline’s core business — its international routes — accounts for almost 80-90 per cent of the airline’s losses. In other words, the more Air India flies, the more its losses add up.
But the biggest reason why Air India should be allowed foreign airline capital infusion and management help is the excessive and endless government interference that it continues to face.

There is no strategic thought or direction, and most people at the helm are simply there to carry out the orders of the aviation minister or secretary. The fact is that successive aviation ministers have treated the airline like their personal fiefdom. And any official or airline head who has had the gumption to question their orders have  been summarily dismissed or removed.
So unless the government finds a way to get rid of its role in the airline, Air India’s fate will not change in any meaningful way. It will just continue to struggle and one day vanish from the skies. And that will be a pity; above all, for the country itself.