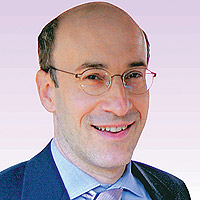 08 November, 2014
Print this article Font size -16+
It has never been easy to have a rational conversation about the value of gold. Lately, with gold prices up more than 300 per cent over the last decade, it is harder than ever. Gold prices even hit a record-high of $1,300 recently. Last December, many gold bugs were arguing that the price was inevitably headed for $2,000. Now, emboldened by continuing appreciation, some are suggesting that it could be headed even higher.

One successful gold investor explained that stock prices languished for more than a decade before the Dow Jones index crossed the 1000 mark in the early 1980s. Since then, the index has climbed above 10000. Now that gold has crossed the magic $1,000 barrier, why can't it increase ten-fold, too?

Admittedly, getting to a much higher price for gold is not quite the leap of imagination that it seems. After adjusting for inflation, today's price is nowhere near the all-time high of January 1980. Back then, gold hit $850, or well over $2,000 in today's dollars. But January 1980 was arguably a "freak peak" during a period of heightened geo-political instability. At $1,300, today's price is probably more than double very long-term, inflation-adjusted, average gold prices. So what could justify another huge increase in gold prices from here?

One answer, of course, is a complete collapse of the US dollar. With soaring deficits, and a rudderless fiscal policy, one wonders whether a populist administration might recklessly turn to the printing press. And if you are really worried about that, gold might indeed be the most reliable hedge.

Sure, some might argue that inflation-indexed bonds offer a better and more direct inflation hedge than gold. But gold bugs are right to worry about whether the government will honour its commitments under more extreme circumstances. In fact, cash-strapped governments will often forcibly convert indexed debt to non-indexed debt, precisely so that its value might be inflated away. Even the US abrogated indexation clauses in bond contracts during the Great Depression of the 1930s. So it can happen anywhere.

Even so, the fact that very high inflation is possible does not make it probable, so one should be cautious in arguing that higher gold prices are being driven by inflation expectations. Some have argued instead that gold's long upward march has been partly driven by the development of new financial instruments that make it easier to trade and speculate in gold.

There is probably some truth — and also a certain degree of irony — to this argument. After all, medieval alchemists engaged in what we now consider an absurd search for ways to transform base metals into gold.

In my view, the most powerful argument is the emergence of Asia, Latin America and West Asia. As legions of new consumers gain purchasing power, demand inevitably rises, driving up the price of scarce commodities.

At the same time, emerging-market central banks need to accumulate gold reserves, which they still hold in far lower proportion than do rich-country central banks. With the euro looking less appetising as a diversification play away from the dollar, gold's appeal has naturally grown.

So, yes, there are solid fundamentals that arguably support today's higher gold price, although it is far more debatable whether and to what extent they will continue to support higher prices in the future.

Indeed, another factor that has been sustaining the prices might prove more epheme-ral than globalisation. Gold prices are extremely sensitive to interest-rate movements. After all, gold pays no interest and even costs to store. Today, with interest rates near or at record lows in many nations, it is cheaper to speculate in gold rather than invest in bonds. But if real interest rates rise significantly, as they well might, gold prices could plummet.

Most economic research suggests that gold prices are very difficult to predict over the short to medium term, with the odds of gains and losses being roughly in balance. It is, therefore, dangerous to extrapolate from short-term trends. Yes, gold has had a great run, but so, too, did worldwide housing prices until a couple of years ago.

If you are a high-net-worth investor, a sovereign wealth fund, or a central bank, it makes perfect sense to hold a modest proportion of your portfolio in gold. But, it remains a risky bet for most of us.

Of course, such considerations might have little influence on prices. What was true for the alchemists of yore remains true today: gold and reason are often difficult to reconcile.

The author is Professor of Economics and Public Policy at Harvard University, and was chief economist at the IMF.
Copyright: Project Syndicate, 2010.