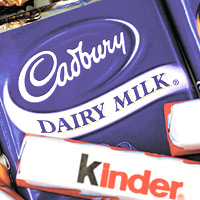 08 November, 2014
Print this article Font size -16+
A move may be afoot to slap income tax demand on confectionery giant Cadbury, which had allegedly claimed excise duty exemption for a 'ghost' unit in Himachal Pradesh from 2009. The move is believed to be coming after Directorate General of Central Excise Intelligence (DGCEI) slapped a notice demanding Rs 252 crore that was allegedly evaded by the chocolate maker for its new unit in Baddi, Himachal Pradesh even before it came into existence, official sources said.

Phone calls and e-mail query to the company did not elicit any response. Sources said on top of the excise duty exemption, Cadbury is alleged to have wrongly claimed income tax exemption on profit earned through its production unit.

As per central government norms, 100 per cent income tax exemption for initial period of five years and thereafter 30 per cent for companies and 25 per cent for other than

companies for a further period of five years is given to industrial units in Himachal Pradesh from the date of commencement of commercial production. However, for availing this, the unit should have been established before March 2010.

The investigation conducted by the DGCEI so far has found that the company through its unit had filed a declaration with the office of the Assistant Commissioner, Central

Excise Division, Shimla claiming that they have commenced commercial production in June 2009.

unit had not commenced commercial production till March 2010. All exemptions (excise and income tax) had been wrongly availed, the sources said.

The Directorate General of Income Tax (Investigation) has been given all documents related to the probe by the DGCEI, they said. The DGIT will move for recovery of income tax dues alleged to have been wrongly claimed by Cadbury, the sources added.