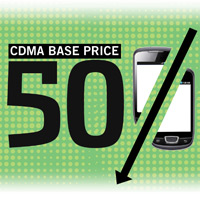 08 November, 2014
Print this article Font size -16+
With the union bud-get not too far away, the government has started taking steps to raise resources and stem the deficit. It has virtually deregulated diesel prices, allowing oil marketing companies to hike prices slowly — 45 paise a month. The staggered hikes should help cut the under recovery on diesel that stood at Rs 9.60 a litre prior to the hike. Bulk consumers will now have to pay market prices.
In another move, it halved the base price for the auction of 5 MHz of CDMA spectrum in the 800 MHz band to Rs 9,100 crore. Expect bidders for CDMA spectrum in the March auctions as opposed to November 2012 when there were no bidders. The key contender is Sistema Shyam
Teleservices that had 21 licences cancelled last February. But, it remains to be seen if any bidder will seek spectrum across the country. Since operators need to pay only a third of the bid amount this fiscal, the numbers are not going to be big. Yet, every rupee earned today is important to the finance ministry that wants to meet the fiscal deficit target.

Strictly Business
Bharat Heavy Electricals will soon be a Maharatna company. The status will, among other benefits, permit it to establish JVs, wholly-owned subsidiaries and undertake mergers and acquisitions subject to a ceiling of Rs 5,000 crore