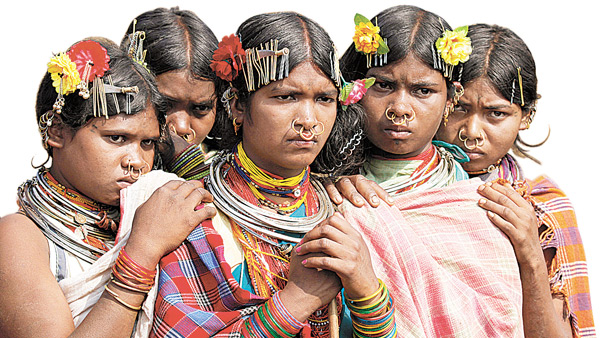 08 November, 2014
Print this article Font size -16+
Mining firms and their trysts with local communities living in mineral belts have been anything but smooth. And reaching a consensus on compensation paid to the locals in exchange for their land isn’t smooth sailing either. Land acquisition for mining projects has been a sticky subject, given the vociferous debates over whether affected communities are worse off post-acquisition.
Many believe land acquisition practices disenfranchise these communities; mining firms on their part say projects have been lying undeveloped for years because they are unable to acquire land. A big problem has been how much and to whom the compensation is to be paid.
Oxfam India’s CEO Nisha Agrawal believes the sector needs a major regulatory makeover.

Agrawal points to Chhattisgarh, one of the most mineral-rich states, yet poorest in terms of per capita income, as an example of why sharing benefits with affected communities is imperative.
She recommends giving affected communities 26 per cent equity in the project or in the mining firm undertaking it; this was suggested in 2010 when the government sought to make affected locals stakeholders in mining projects. The draft Mines and Minerals (Development and Regulation) Bill, or MMDR Bill, includes a 26 per cent sharing of net profits for coal and lignite; for other major minerals, an equivalent amount of royalty paid annually.
Narsing Rao, CMD of Coal India, says it is simply not practical. “We keep acquiring land, so how many times can we keep issuing equity?” He acknowledges the need to protect the welfare of those giving up the land, but says the main issue is discovering the “real market rates”, not government ones, for land.
Others agree. Kameswara Rao, leader of energy, utilities and mining at PricewaterhouseCoopers, calls the idea “populist...but not so straightforward”. What happens if the firm goes bankrupt: does the community’s stake get liquidated? People could also sell their shares. “Royalty is a better development tool since it’s easily measurable, identifiable, recurring and stable...Royalty would continue to be paid even if the company is loss-making,” he says.
The Bill says these payments must be made annually to the District Mineral Foundation. But R.K. Goyal, MD of Kalyani Steels, has another question: “We already pay 12 per cent royalty to the state in Karnataka, but where does it go?” Goyal says payments should be audited to ensure they are spent for the intended purpose: the community’s development. He thinks auctioning mines and giving a good chunk of the money to the locals may be a better process. Also, they should be given employment that guarantees consistent income. “Companies could build schools, hospitals and other infrastructure as part of their CSR programme that can be linked to the size of mines,” he says.
Is there an optimal method? Agrawal’s solution of equity-sharing brings mining companies and the locals into direct dialogue, but some say there are chances of manipulation by the former. Rao suggests creating a non-profit, state-sponsored agency to buy the land first and build trust on both sides.
This Gordian knot of a problem needs Alexander’s sword to cut it.