New Delhi [India], January 26 (ANI): People in Swaroop Nagar near Ghazipur border on Tuesday showered flower petals on farmers who were taking out a tractor rally in protest against the farm laws on the occasion of the country's 72nd Republic Day. 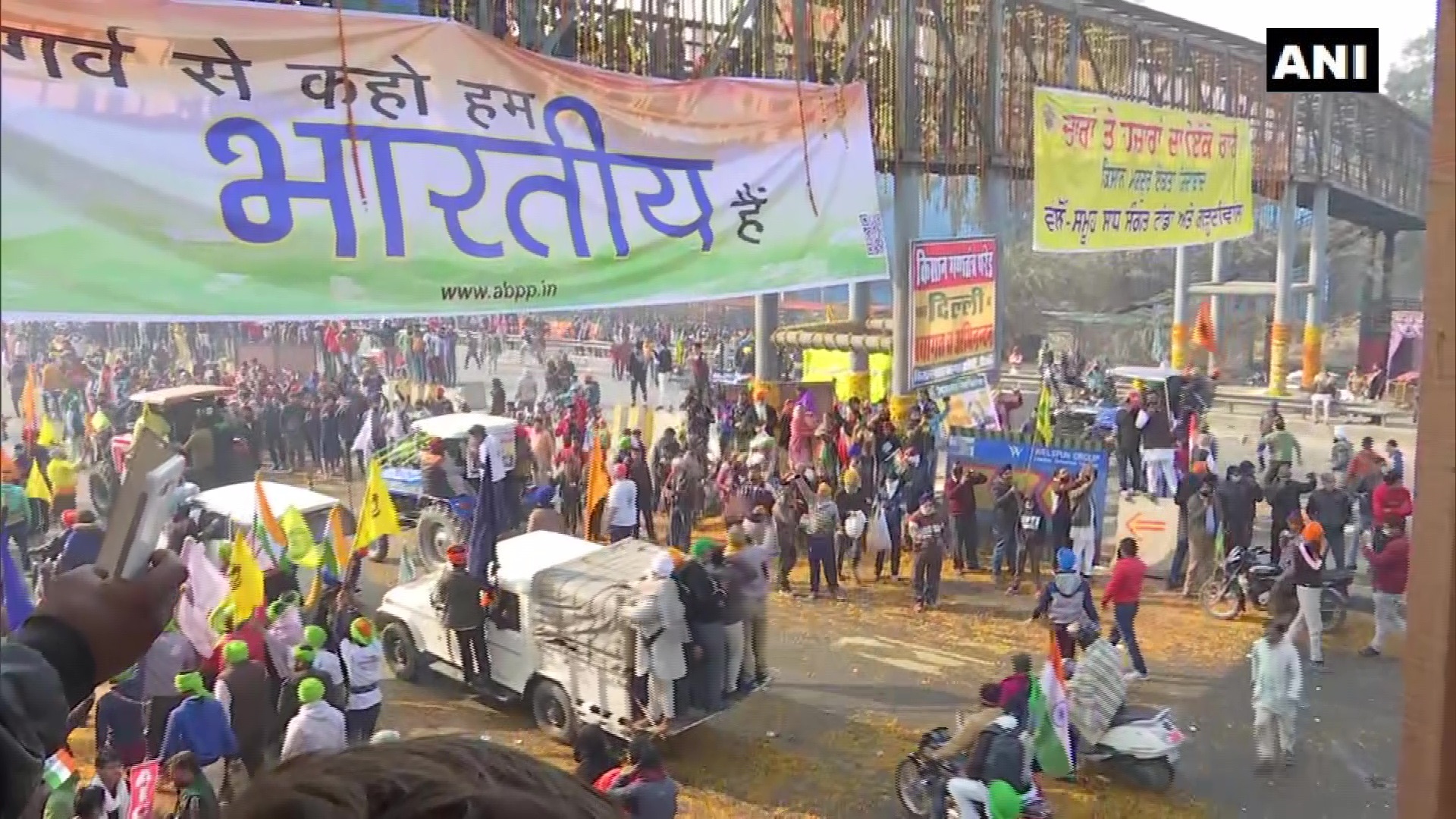 The farmers are holding tractor rally at Ghazipur border amid high-security deployment.
They are following the Ghazipur border-Apsra border-Hapur Road-IMS College-Lal Kuan-Ghazipur border route.
Meanwhile, to strengthen the security arrangements at Delhi borders, drones have been put to use at Faridabad-Palwal border. 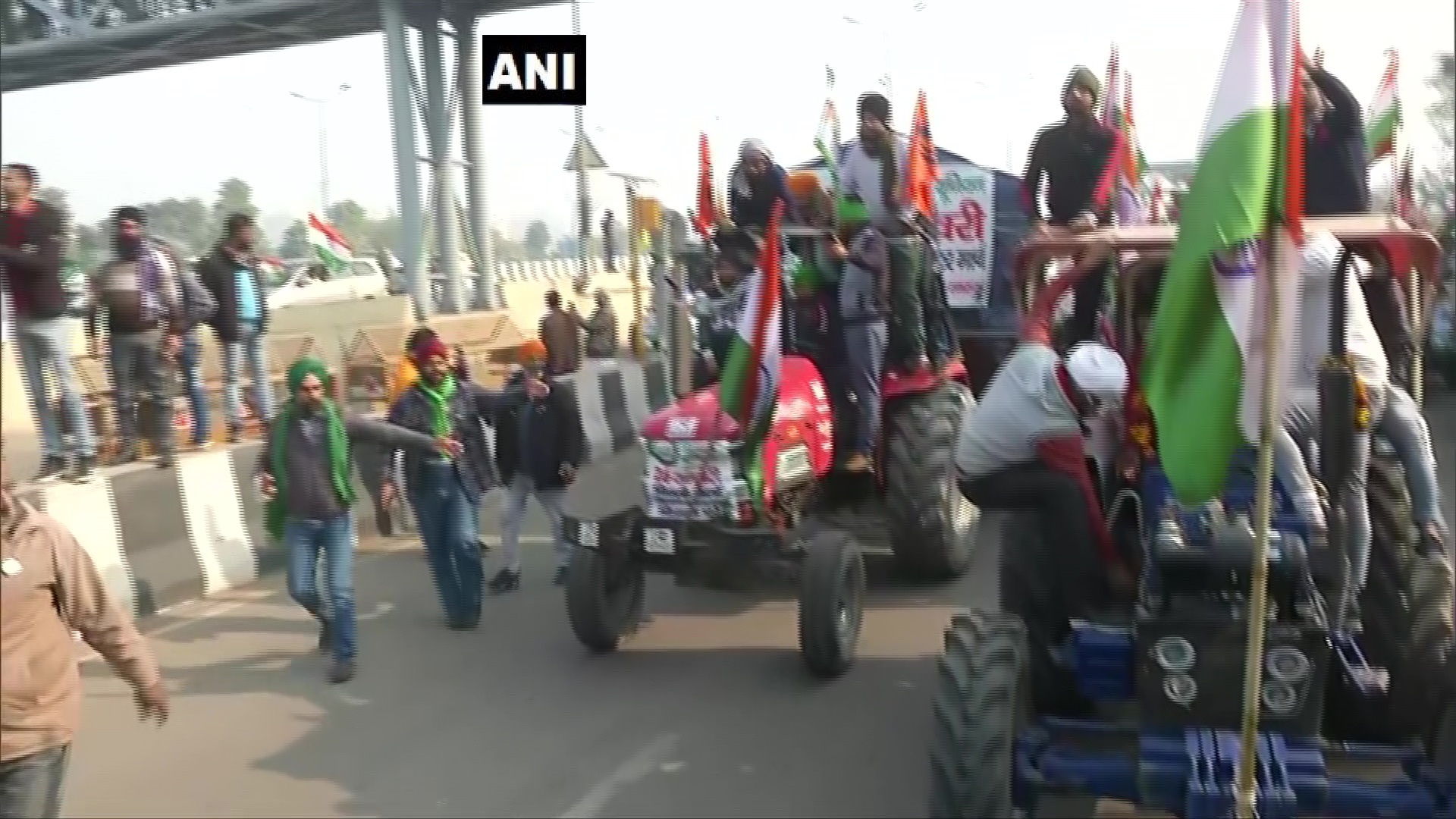 The talks between farmers' unions and the government have seemingly broken down after the former insisted on their demand for the repeal of three new farm laws and the latter asked them to reconsider its offer to put these laws on hold for about 18 months.
Union Agriculture Minister Narendra Singh Tomar on Monday said that the agitation against the farm laws which has been going on for almost two months will end soon. (ANI)