Farmers continue protest against Central farm laws, BKU asks 'why they should shift to Delhi's Burari'

Farmers continue protest against Central farm laws, BKU asks 'why they should shift to Delhi's Burari'

New Delhi [India], November 29 (ANI): As farmers on Sunday continued their protest against the Central farm laws at the Ghaziabad-Delhi border, the Bharatiya Kisan Union (BKU) asked why they were being appealed to shift their demonstration to Nirankari Samagam Ground in Burari on the outskirts of the national capital.
"Protests happen at Ramlila ground, then why should we go to Nirankari Bhawan, a private facility? We will stay put here today," Bharatiya Kisan Union spokesperson Rakesh Tikait said while speaking to ANI. 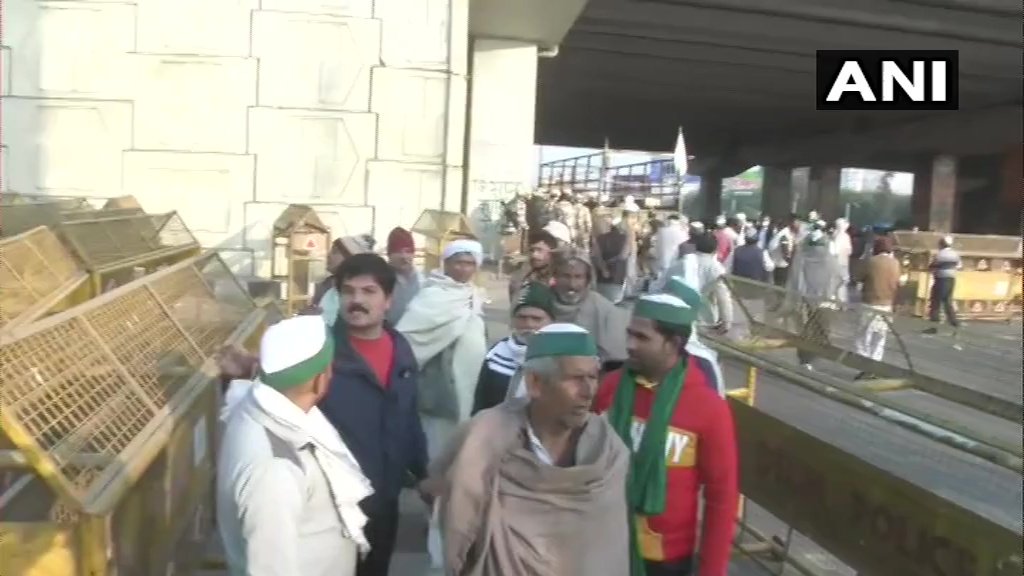 This comes hours after Union Home Minister Amit Shah appealed to the farmers' union to gather on Nirankari Samagam Ground, saying the Centre was ready to hold talks even before the scheduled day of December 3.
Meanwhile, security has been tightened on the Delhi-Haryana border as farmers, who are opposing the farm laws, stayed put at the Delhi border points. 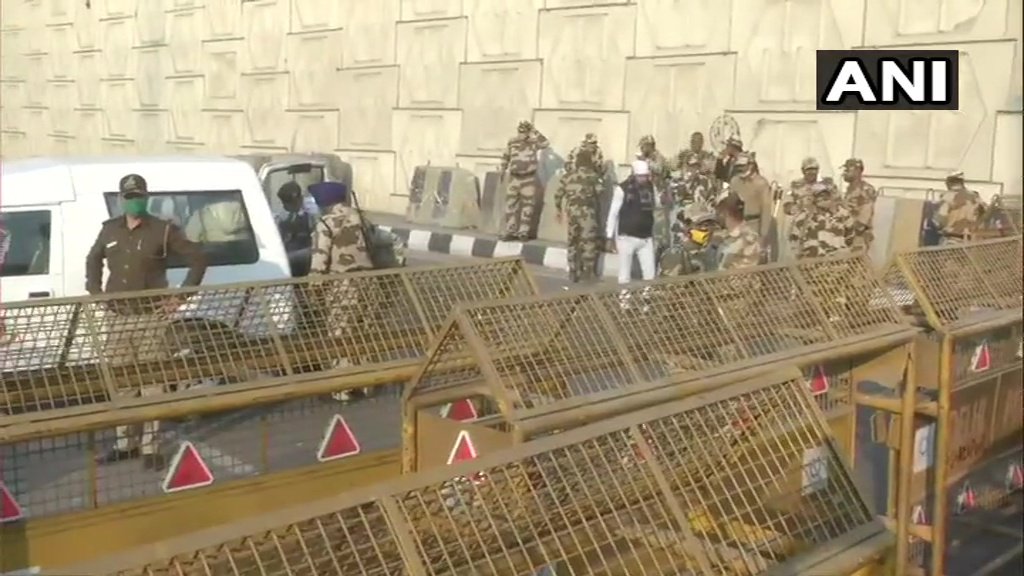 The farmers further said the government should come forward with an "open heart" and not with a "condition".

"Amit Shah ji has called for an early meeting on a condition; it is not good. He should have offered talks with an open heart without any condition. We'll hold a meeting tomorrow (Sunday) morning to decide on our response," said Jagjit Singh, BKU's Punjab President, squatting at Singhu border (Delhi-Haryana).

The Delhi administration has allotted the Burari ground to the farmers for protesting. While some hundred shifted there on Saturday morning after they were allowed to enter Delhi through Tikri border, thousand others are demanding that they be allowed to enter the heart of the city.

The Home Minister said that the Centre was ready to deliberate on every problem and demand of the farmers as soon as they move to the ground allocated by the Delhi Police.

The farmers of Kisan Union Amristar said that if the government really wished to hear their problems, they can visit the farmers at the Singhu border.

"If the government really wants to hold talks, they should come to the Singhu border. This government does not want to talk to the farmers at all; they just want to show off in front of the country and show everyone that the farmers don't want a dialogue. We want the farm laws to be scrapped, that is all," Jaskaran Singh of Kisan Union Amristar said.

The farmers, mostly from Punjab and Haryana, embarked on 'Dilli Chalo' march to protest against the three new farm laws.

The Tikri border with Haryana has been opened to enable the farmers to proceed to Nirankari Samagam Ground, marked for their protest by Delhi Police. (ANI)