New Delhi [India], January 16 (ANI): Union Law Minister Ravi Shankar Prasad on Saturday said the farm laws will strengthen the agriculture sector and improve the economic condition of farmers.
"The new agricultural laws have not only strengthened the agriculture sector but has also improved the economic condition of the farmers. From 2013-14 to 2019-20 there has been a considerable increase in procurement and production of wheat," Prasad tweeted.
The minister also attached a graph chart released by Ministry of Agriculture on January 15 related to wheat procurement and production from 2013-14 to 2019-20 in his tweet. 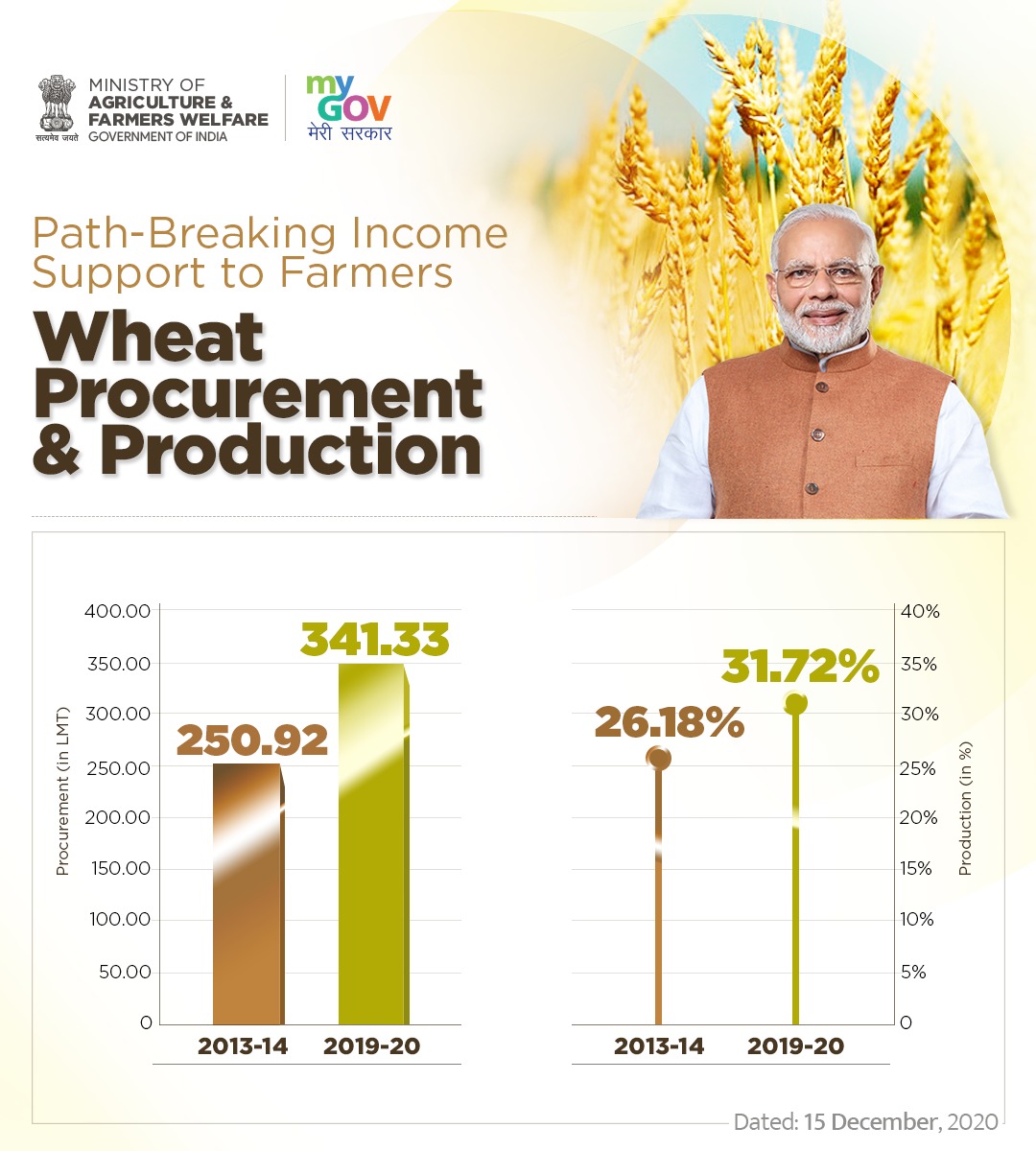 The data in the graph implied that the wheat procurement in 2013-14 was 250.92 Lakh Metric Tonne (LMT) while that in 2019-20 was 341.33 LMT. This means that there has been an increase of 90.41 LMT in wheat procurement within six years.
Also, the wheat production in 2013-14 was 26.18 per cent while that in 2019-20 was 31.72 per cent. There has been an increase of 5.54 per cent wheat production within six years of Prime Minister Narendra Modi's government.
Amid the ongoing farm protests on Delhi borders and the Supreme Court's decision to stay the implementation of the new farm laws, Prasad has been vocal about the positive effects of the laws.
"Through new agricultural reforms, the Narendra Modi government is giving better options to the farmers. They can sell their crops anywhere in the country," he tweeted on Friday with the hashtag 'ModiWithFarmers'.
The government aims to double the farmers' income by 2022 under their flagship programme PM Fasal Bima Yojana. (ANI)