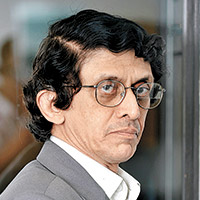 Unlike Mount Everest, which just IS, advertising awards serve a purpose.

Let us begin with what the organisers have to say about this. From the Abbys: "...to deliver India's premier awards that celebrate creativity at Goafest" And from Kyoorius & D&AD awards: "A specialist jury... will base their decision on three criteria (1) an original and inspiring idea (2) well-executed (3) relevant to its context"

Notwithstanding the fact that I am writing FOR the motion, I am not against awards at all. I accept their value in recognising exceptional work. rewarding individuals and allowing agencies to demonstrate creative capabilities. However, the question is, in which form of expression does the idea 'reside'? And when is an expression merely an 'adaptation' and when is it sufficiently different to qualify as a new expression? And finally: if there is a campaign made up of a series of pieces of similar work, should each 'body part' in the campaign, as it were, be treated as and awarded, independently.

I concede that even when they are part of a campaign based on a single central idea, a radio spot (only audio), film (audio and video) and print ads (no audio or video) are sufficiently different and must be considered as 'new expressions' qualifying for different awards. However, what about a reduced-text version of a print ad as a hoarding design? Or, the same piece of work being entered in - and winning - in different categories?

Perhaps the problem is really in the way in which the categories of awards have proliferated like weeds. Mind you, this malaise is not restricted to advertising awards. The Femina Miss India pageant has categories such as 'Miss Talented','Miss Waterbaby', 'Miss Vivacious', 'Miss Multimedia' (huh??) and in a token nod to intelligence, 'Miss Sudoku'. Sometimes a single pulchritudinous piece of ectoplasm gets three or four of these awards. Of course all three finalists get the opportunity to put up their hands to their open mouth and cry, as Miss Universe, Miss World or Miss Asia Pacific!

All this seems to represent an absurd desire to 'democratise' excellence. I believe it makes a mockery of recognising creative excellence, when you see that there were 41 awards given away at Kyoorius 2014. The Abbys improve the odds of winning by having literally hundreds of potential winners across categories, many allowing the same work to be entered again and again.

In future perhaps not only will every person have her 15 minutes of fame, but all entries in advertising awards will get numerous awards. Look at what we are already seeing: Two pieces of work for Rustomji Builders titled 'Grateful Parsi' and 'Papeti Mubarak' won in numerous categories including: Business & Home Services, Corporate, Art Direction for Print advertising and the astounding category: Copywriting (Above 100 Words)

So I ask: in how many ways do you have to say it, before you mean something is great? In the matter of awards, I believe less is more. Cate Blanchett wasn't given multiple Oscars in recognition of her performance in Blue Jasmine. Great advertising too doesn't need numerous metals, gases or other chemicals to prove its excellence.

The author, Anand Halve, is the co-founder of chlorophyll, a brand & communications consultancy
Twitter: @anandhalve
break-page-break
AGAINST
Reward all

There are many things one learns when one is young that one never forgets. Jim Croce taught me a lot through his brilliant songs. So when I heard him sing "You don't tug on Superman's cape/ You don't spit into the wind/ You don't pull the mask off that old Lone Ranger/ And you don't mess around with Jim", I learned that there are some things there is no percentage in attempting to do.

I wouldn't, thanks to Jim Croce, in normal circumstances, get into a debate on advertising/brands/branding with Anand 'Andy' Halve, because that's so much like tugging on Superman's cape. Even worse, it's so much like spitting into the wind - getting my face all messy in a second.

But what happens if Superman turns out not to be Superman? Or if the wind stops, and there is just still air around? That changes things.

So when I saw the motion proposed by this magazine, "There should be a cap on how many categories an ad campaign can be entered for in an awards show", and saw that Andy was speaking for the motion, I said to myself, here's the chance to take the mask off that old Lone Ranger.

The provocation for the motion (which appeared first in a comment by Andy on twitter), one presumes, is the number of metals won at Cannes by the brilliant Nike film, Make Every Yard Count, by JWT India, which picked up four silver and three bronze Lions. In Andy's view, it should have won just one. Or it could be an example from the Kyoorius Advertising Awards or from the Abbys. It doesn't matter, because the principle is what we're debating.

Let's take the Nike ad as an illustration.

The logic supporting the motion would be that all that Make Every Yard Count represented just a film - so give it the best film award and be done with that. No need for a separate award for, for example, for 'editing' or for 'sound design'.

Perhaps Andy should propose his argument to the Academy which decides on the Academy Awards (the Oscars). How many Oscars can a single film win? Seventeen. Yes, seventeen - if there is no tie for an award. Let's get rid of all the rubbish like best screenplay or best editing. Let's do only Best Film, please?

It's surprising that Andy, a partner with Chlorophyll, the master brand-builders, doesn't see the need to unravel a piece of work and unmask all the differentiators that made a single piece of work stand out when the jury deliberated on it. Ogilvy's delightful work for Vodafone India (the pug series), wouldn't stand a chance for editing, for example, because the story itself makes no great demands on an editor. The Nike film does.

Each award recognizes a different element that goes into the creation of a great piece of communication - because there are different, unique skill sets that are required.

Andy's argument is like saying that, at the Olympic Games, no swimmer should be allowed to win more than a single medal. Give him or her one for 'swimming', and off you go home now!

Andy doesn't want to recognize that there the skills and training required for each individual swimming contest are unique, calling on different strategies to be used, different muscles to be tested and different breathing techniques to be deployed. Who cares, says Andy, a swimmer is just a swimmer.

It gets worse if one thinks of running. All runners are, well, runners - so there's no difference between a champion at the 100 meter sprint and an ace marathoner. Let's dismiss the 26 miles and 200 odd yards that separate the two.

Andy, I'm tugging at your cape, spitting into the wind and pulling the mask off, because, if you're Superman, there was some Kryptonite near you when you formed your opinion on awards.

I know what the Kryptonite is - twitter. Twitter, where better men than you and I have been caught like a deer in the headlights and reacted instantly and tweeted out something that's poorly thought-through. You saw something, didn't think, and tweeted. Oh dear.

Which makes me wonder. Next year, at Cannes, will we see an award for the best use of twitter by a campaign?