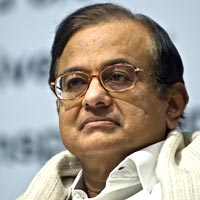 08 November, 2014
Print this article Font size -16+
Finance Minister P. Chidambaram sought to ease concerns on Friday, 1 March, 2013, that the government was targeting double taxation treaties and said a proposal that sparked alarm among foreign investors was clumsily worded. Chidambaram's clarification came after the Finance Ministry issued a statement addressing another key concern, specifying that foreign investors based in Mauritius would not be affected by the "beneficial ownership" clause that India imposes on some of its double taxation treaties.

The finance ministry sought to assure worried investors saying their concerns on Tax Residency Certificate (TRC) for claiming treaty benefits will be 'suitably' addressed during discussion on Finance Bill in Parliament. The market reacted by bouncing back from three-month lows to end nearly 57 points higher at 18,918.52 on value-buying.

"Since a concern has been expressed about the language of sub-section (5) of Section 90 (of I-T Act), this concern will be addressed suitably when the Finance Bill is taken up for consideration," the ministry said in a statement.

Chidambaram's reassurances mark the second day in a row the minister has had to address the confusion sparked by the amendment unveiled on Thursday, 28 February, which appeared to give Indian tax authorities wider latitude to target investors benefiting from double taxation agreements.

The amendment had said the TRC, which effectively exempts the holder from paying taxes in India, "shall be necessary but not a sufficient condition for claiming any relief" under the double taxation agreements.

Foreign investors had expressed worries that India could begin to question the validity of those certificates altogether.

That amendment, tucked in a Finance Bill tabled with parliament, had wide market repercussion, coming a year after poorly written rules to ensnare tax evaders had sparked an outcry among foreign investors and forced the government to amend provisions and delay implementation for two years.

Concerns are being expressed that the provision regarding the TRC would make it difficult for investors routing their funds from low-tax countries like Mauritius, Cyprus and Singapore to avail the benefits of Double Taxation Avoidance Agreement (DTAA).

The ministry said nothing new has been done with regards to TRC and Finance Minister P Chidambaram would clarify the government's position during debate on the Finance Bill.

The Finance Bill 2013 proposed to "amend Sections 90 and 90A in order to provide that submission of a tax residency certificate is a necessary but not a sufficient condition for claiming benefits under the agreements referred to in sections 90 and 90A".

As per this, a person holding TRC will also have to be the beneficial owner to claim benefits under DTAA "as TRC is necessary, but not sufficient condition for availing benefits".

The statement said, with respect to investments from Mauritius, the circular 789 "continues to be in force, pending ongoing discussions between India and Mauritius". -

The proposal was part of the budget for the fiscal year starting in April, which disappointed investors with a surge in government spending and new taxes on the rich and large companies.

"It has not become law yet. It's a bill. When I read that clause again, I said it is clumsily worded," Chidambaram said in an interview with ET Now TV.

Chidambaram added the government would not question the validity of tax residency certificates (TRC) held by foreign investors who are based in countries with double taxation treaties with India.

Mauritius is a popular source of foreign investments into India, accounting for around 40 percent of portfolio inflows according to some estimates.

That clause gives tax authorities the power to probe the beneficiary of the taxes under these treaties, which has long concerned foreign banks and brokerages investing in India.

These institutions buy Indian assets on behalf of their clients through subsidiaries with double tax treaties with India, meaning under Indian law, only the banks and brokerages are registered as the foreign investor, while the end investor remains outside the purview of Indian tax authorities.

The ministry said in its statement its double taxation agreement with Mauritius only required a tax residency certificate, though it added that was "pending ongoing discussions" between the two countries.

Chidambaram said until such talks were concluded, the existing treaty with Mauritius would remain unchanged.

"We are in discussions with the government of Mauritius to revise the treaty," Chidambaram told ET Now. "And unless we have revised the treaty, I don't think we should do anything unilaterally."

Although the reassurances from the finance minister soothed some of the concerns, foreign investors called the poorly worded amendment damaging to India's appeal.

Foreign investors are integral to Indian markets, given the country needs capital flows to plug a current account deficit that hit a record high in the quarter ended in September.