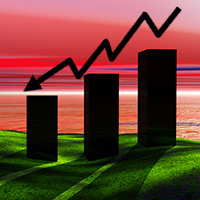 08 November, 2014
Print this article Font size -16+
Indian defence budget witnessed a minor increase in its outlay in the Union Budget 2014. The budget for the sector was increased from Rs 2.24 lakh crore ($38.3 billion) presented by the previous UPA government in its interim budget in March this year to Rs 2.29 lakh crore.

In contrast, China’s defence budget allocation for this year was $132 billion a hike of 12 per cent over their 2013 budget.

Given that almost 60 per cent of the Indian defence budget is consumed by revenue expenditure in the form of salaries and ongoing expenditure the actual rise for capital expenditure this year is negligible. This is bound to cause delays in acquiring new arms for the military. In particular the $20-billion deal under negotiation for the Rafale aircraft may get further delayed.

FDI Limit In Defence Production Hiked To 49%
The most important measure announced in the Union budget impacting the defence sector is rising of the foreign Direct Investment ceiling from 26 per cent to 49 per cent. This is below the pre budget expectation of a 51 per cent hike the defence production that was seriously considered. A hike over 49 per cent was
opposed by some Indian firms like L&T and Bharat forge.

Opinion is divided in on the extent to which the hike will help Indian firms garnering new technology and achieving scale needed to execute large scale defence projects.  It is particularly uncertain if at less than 50 percent critical technology will come to India. Mr. Rahul Gangal, Principal, Roland Berger Strategy Consultants focuses on the Aerospace and Defense sector sys, “I think this is a positive step, though it may not be as much of a move forward as everyone was hoping.

The assessment of the details on what is the treatment of the balance 51per cent is critical. The earlier policy at 26% FDI required 51 per cent to be held by one resident Indian entity, it would be interesting to note what if any is the change in that an expansion in the defense budget is a necessity to address serious capital equipment shortage. Hence the expansion is welcome. A higher expansion would have served the armed forces better. It will be critical to note how the entire amount is utilized in the corresponding time period considering the historical issues of non-utilization of the entire outlay."

However, without controlling stake some of the critical technologies may stay out of the grasp of Indian firms. Amber Dubey, Partner and Head of Aerospace and Defence, KPMG in India explains, “We have just pushed away investments in defense manufacturing by another year. Round 1 has gone to protectionist
forces. Hope better judgment prevails and we have higher FDI, with adequate checks and balances, announced later this year the 49 per cent limit in defense FDI is disappointing. It makes no difference from 26 per cent technically. Also the 49 per cent limit may create the same issues of sleeping partners and 'effective control' as we have seen in the case of airline sector. Airlines too are subject to a 49% FDI limit. More paperwork, more PILs, more power to lawyers and consultants. India is the bigger loser."

The hike of about Rs 5,000 crore in the defence ministry’s allocation also includes Rs. 1000 crores allocated to building of railways on the Indian borders to facilitate faster movement of troops and equipment. India lags behind China in this aspect and the money is aimed at addressing that difference to a degree.  The special allocation for strategic railway assets for the armed forces is an important development for the military from this budget.

The defence budget has allocated Rs 1,000 crore on top of the 500 crore that was allocated in the interim budget for the one rank one pension scheme and this will felicitate even disbursal of funds under this scheme.

The government has given a boost to the building of a war memorial for Indian soldier at princess park in New Delhi with 100 crore allocated to the project.

By allocating 150 crore for marine place stations the budget has fast tracked closing of gaps in India’s maritime security.

Harsh Pant defense expert at Kings college London says, “The attempt to do away with anomalies in pensions paid to ex-servicemen under he One Rank One Pension policy and the announcement of the construction of a war memorial and a museum is heartening and should go a long way in assuaging the concerns of the defense community.

To sum up, the allocation in defence budget is much smaller than is needed to speed up the acquisition of weaponry for the armed forces. However the FDI limit of 49 per cent when taken together with India’s offset clause in Defence Procurement Procedures could boost domestic Indian defence firms. Under the offset clause, companies receiving a defence-related contract will have to source nearly 30% of the contract in India. Already $10 billion of offset projects are under various stages of negotiation. It is also likely that the defence FDI cap may be incrementally increased over the next few years and in that context the increase from 26 per cent to 49 per cent is a positive development.
Tags assigned to this article:
budget news 5 defence economic survey budget deficit budget 2014 fdi in defence budget 2014-15 ninad d sheth