Charkhi Dadri (Haryana) [India], December 1 (ANI): Extending his support to the protesting farmers across the country, Haryana Independent MLA Sombir Sangwan withdrew his support from the Bharatiya Janata Party (BJP) lead Haryana government on Tuesday.
The Haryana MLA further said he will join the demonstrator at the Tikri border (Delhi-Haryana) to show his support to the farmers.
"Many Khaps of Haryana are with the farmers. We can't see this misconduct by the government. I'm withdrawing my support from the government, and will join the farmers at Tikri border with Khaps' support," said Sangwan.
Yesterday, extending his support to the farmers amassed at Delhi borders protesting the new farm laws, Sangwan tendered his resignation as Chairman of the State Livestock Development Board (Haryana Pashudhan Board).
Meanwhile, Bhim Army Chief Chandrashekhar Azad also joined the farmers' protest at Ghazipur-Ghaziabad (Delhi-UP) border on Tuesday, where farmers used a tractor to remove barricading earlier today. 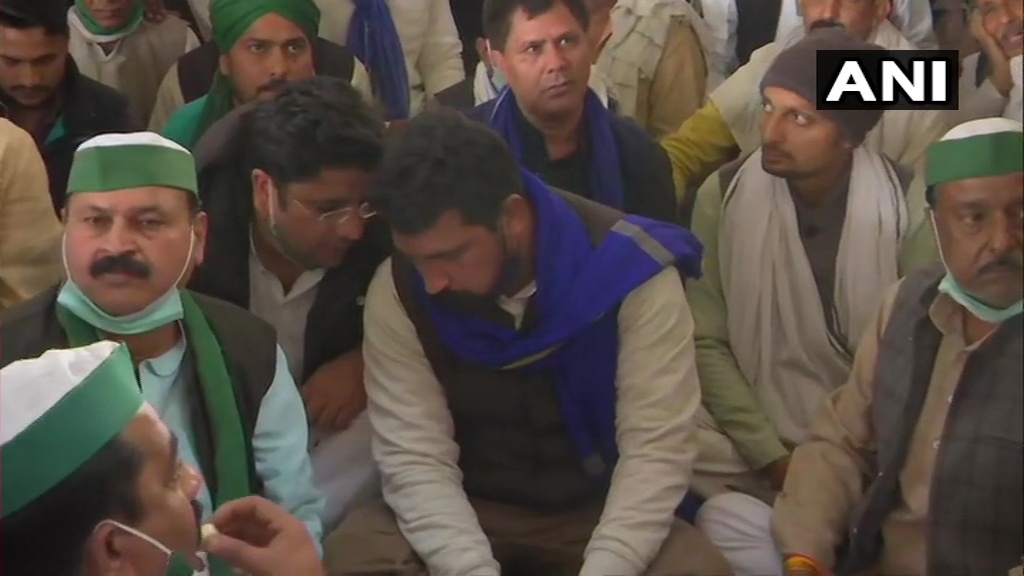 Farmers have been protesting at various places in Delhi and Haryana and have rejected the Central government's offer to hold talks on December 3 saying that imposing conditions for starting a dialogue is an insult to them.
Around 32 farmer organisations, mostly from Punjab, and a few farmers from Gujarat and Maharashtra as well managed to reach Delhi on Friday and assembled at the border areas to continue their protest.
The farmers are protesting against The Farmers' Produce Trade and Commerce (Promotion and Facilitation) Act, 2020, The Farmers (Empowerment and Protection) Agreement on Price Assurance and Farm Services Act, 2020, and The Essential Commodities (Amendment) Act, 2020.
Union Agriculture Minister Narendra Singh Tomar has said the Central government is ready for talks with the farmers' unions on December 3. (ANI)