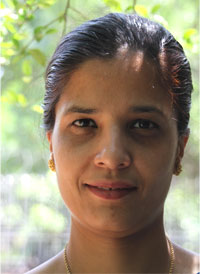 08 November, 2014
Print this article Font size -16+
E-publishing is going to change publishing and change always evokes excitement in some and worry in others. I will briefly cover some of the worrisome points, but focus on some of the ways in which we can get e-publishing right in India.To illustrate it I would first like to share some anecdotes.

One: A well-known TV journalist and blogger has been writing miniature stories within the 420 character spaces allowed by Facebook wall posts. His stories are serialised. Every time he posts a new episode in the story on his wall, it is lifted as is and published in Hindi dailies around the country. He is then sent a cheque by the newspaper for having printed his story. Although the payment is minuscule, it is a continuous and steady relationship, illustrating how a social media space can be monetised effectively.

Two: A school principal in Meerut told me recently how excited she was at the introduction of smart classes. They get regular visits from the vendors insisting on how well these models work in delivering the “latest” content relevant to the syllabi. (It is immaterial whether it is accurate or the content is legitimately gained.)

Three: At the recent World Book Fair held in Delhi, a publisher told me they get visits every hour from a new e-books vendor introducing themselves and soliciting business. Then the publisher laughed and said, “Who knows this market? It is set to grow but for the moment it is not an easy terrain, the infrastructure is poor and it is impossible to discern the correct price point.”

The e-publishing milieu in India is a mixed bag. A senior production person with over 20 years of experience in the industry mentioned in a conversation recently that electronic publishing is growing exponentially in the metropolises of India and it will continue. With one-third of India’s population under the age of 30; 25 per cent of the youth read books. E-book sales comprise only 3-4 per cent of the Indian book sales, in sharp contrast to the US where e-books comprised 29.5 per cent of the total sales in one month (Feb 2011, Publishers Lunch).

Content On Fingertips
Akash, Kindle, Google e-reader, and the 90+ odd platforms existing in India today are making it easier for the consumer to access content. (Though for the moment these continue to be purchased as a fashionable gadget, rather than as a book device.) Publishing houses such as Random House India and Penguin India began to publish all of its titles simultaneously in e-book and physical format, and have been doing so since Amazon launched their Kindle store for India in 2012. They also retail their titles through online retailers such as Flipkart and Overdrive.

However, the other side of e-reading is that irrespective of much of this content being digital rights management (DRM) protected it is becoming easier for readers to share the books that they absolutely love. It is not uncommon to receive circular letters with the e-books attached, usually of the latest titles. An alarming fact is that at times it is easier to access a book by this method than getting it from a bookshop or even the publisher directly! (It is common knowledge that DRM is easily hacked into.) Perhaps this is the reason why Apple has not made books available through its iTune store in India. But this opens the Pandora Box of piracy and its related issues.

More and more people are of the opinion that DRM is no longer valid. In July 2012 Tor Books, a New York-based publisher of science fiction and fantasy, announced that their e-books would be DRM free. “It’s clear to us that this is what our customers want,” said senior editor Patrick Nielsen Hayden.

Pranesh Prakash, Policy Director, the Centre for Internet and Society, says about India that “It is unclear that anyone has been demanding the grant of legal protection to DRMs in India, and we have no obligation under any international treaties to do so either.”

Publishing relies on the concept of Copyright. Author and more importantly supporter of free access to read content online, William St Clair in The Reading Nation In The Romantic Period says that “One effect of the coming of print to England …was simultaneously to invent and to privatise the intellectual property rights implicit in much of what is now called popular culture.” Ironically “to a greater extent than the producers of consumption goods it was the printed book industry that also needed the co-operation of the government, and of the geographically wide enforcement institutions which only the state could provide or guarantee.” Now the conversations about copyright have been resurrected in connection with e-publishing. Some of the issues raised are how to distribute the content legitimately to the user; how is the author/artist to be acknowledged and compensated for their work; what is the feedback mechanism to monitor the spread of this information? An immediate impact of the digital publishing has been the spurt in the growth of self-publishing given the perception it is so easy to publish and reach the reader directly.

The director of the Harvard University Library and author of The Case For Books (2009), Robert Darnton writes “Information is exploding so furiously around us and information technology is changing at such bewildering speed that we face a fundamental problem: how to orient ourselves in the new landscape?” He goes on to say, “Simplifying things radically, you could say that there were four fundamental changes in information technology since humans learned to speak….from writing to the codex (that is books with pages that you turn as opposed to scrolls that you roll) 4,300 years; from the codex to movable type, 1,150 years; from movable type to the Internet, 524 years; from the Internet to search engines, 17 years; from search engines to Google’s algorithmic relevance ranking, 7 years; and who knows what is just around the corner or coming out the pipeline?” It is going to be extremely difficult to chart these choppy waters of understanding the legal framework for e-publishing in India, especially from the point of view of protecting the rights of the authors and getting content across to users in an accessible and affordable manner — but it is not an impossible task.

The Best Fit
There are some models that exist in other parts of the world which may be worth exploring and adapting for India. For instance, the Australian Society of Authors is an organisation that protects the professional interests of Australian literary creators. The Society has been responsible for many great improvements since it was founded in 1963. It provides useful guide for writers and illustrators to consult when selling their work or to refer to when negotiating with a would-be publisher. And the rates are accepted across society, from agents and publishers to the schools and festivals visited by authors. In addition, it has campaigned successfully for a Public Lending Right (1st) and more recently an Educational Lending Right system, whereby authors are compensated for the loss of sales that is a consequence of their excellent public libraries and school libraries. This now provides a significant part of an author's income, which of course makes BEING an author more viable, informs Ken Spilman, an Australian author, in an e-mail conversation on the subject. The Society of Authors, UK also helps its members in a similar fashion.

Finally there is the Breadbin Interactive in South Africa that specialises in the sourcing and delivery of digital content (text, pictures, sound & video) via customised and flexible kiosk-style distribution points. Using an easy-to-use touch screen interface users can choose, preview and burn the content onto CDs, DVDs, USB flash drives or via Wi-Fi to cell phones and laptops. The kiosks run on a customised open source operating system that enables content to be updated in real time and usage to be tracked and fed back to a central server. The “Freedom Toaster” is a digital content vending machine locally hosted. It is a cost effective distribution of digital content to the end user. It is becoming popular as in South Africa only 10 per cent people have access to the internet. Its feedback mechanism is powerful, for accountability, since it records every single download or search made on the machine.

British historian Eric Hobsbawm, in a lecture he delivered in Delhi a few years ago, said, earlier we evolved slowly and were able to adapt to the changes happening around us, but now we compress a generational change sometimes in less than a decade. The speed at which we need to address the penetration, acceptance and evolution of e-publishing in India is fast, but it can be managed.
There are many pros and cons to this issue. The fact remains for e-publishing to grow steadily and legitimately it will require the co-operation of all major stakeholders in the Indian publishing eco-system to work together, understand the peculiarities of the situation and address them immediately.
Jaya is an international publishing consultant and columnist. She was part of a FICCI panel discussion on 'e-publishing in India, understanding the legal framework' held in Delhi on 8 Feb 2013