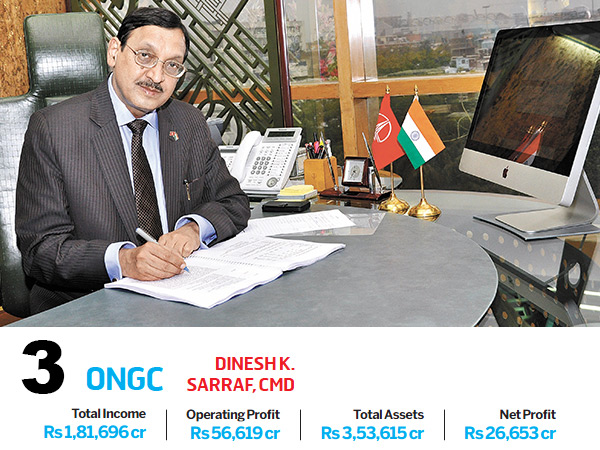 Aware that its fields are ageing, ONGC has invested Rs 81,890 crore in newer onstream discoveries even as it tries to arrest the natural decline of existing fields. It has adopted an aggressive strategy in acquiring overseas assets so as to cut dependence on Indian ones.

The company’s overseas arm, ONGC Videsh, has invested Rs 41,782 crore in the period January 2013-March 2014. This figure is more than half of the investments made by ONGC Videsh since its inception in 1965 till 2012-end. In the last fiscal, ONGC Videsh acquired several blocks in Mozambique, Brazil, Bangladesh and Myanmar, involving an investment of $5.71 billion. ONGC Videsh now has 35 projects in 16 countries. Of these, 13 have started production.

The foreign assets have begun to pay off. ONGC Videsh produced 8.36 mmtoe in 2013-14 — a 15 per cent growth over the previous year’s volumes. Another factor that stood ONGC in good stead was the fall in the rupee’s value. As the company prices its crude in dollars, this factor helped it gain Rs 575 crore from the rupee’s depreciation against the dollar as well as make an inventory gain of Rs 503 crore.

On the domestic front, ONGC is focusing on the Daman and KG-DWN-98/2 blocks. Daman — a cluster of gas discoveries in western offshore sites — will get investments worth Rs 5,219 crore. ONGC expects an output of 8.5 million metric standard cubic metres per day from Daman.

The public sector undertaking made 14 oil and gas discoveries in 2013-14. Of the 15 projects that ONGC took up for development, seven are complete and the rest, in various stages of implementation. These projects, involving an outlay of more than Rs 40,573.7 crore, are expected to produce an additional 45.66 mmt of crude and 67.44 billion cubic metres of natural gas.

According to analysts, the company’s diversification into the refining business will bear fruit. Its refining subsidiary, Mangalore Refinery and Petrochemicals (MRPL), performed remarkably in the last fiscal, achieving a throughput of 14.59 mmt. MRPL earned $3.18 on turning a barrel of crude into fuel. Going forward, the fall in the price of international crude is expected to push up the company’s net realisation.

For the 2012-13 fiscal, ONGC’s subsidy burden share with downstream oil marketing companies was about $56 a barrel. With crude prices dropping to less than $90 a barrel, ONGC’s subsidy burden too, is likely to slide to $40-$45 a barrel, say analysts at an international brokerage firm. This will bring in higher cash flow and profits, they add. All it now needs is for gas tariffs to be revised upward for its bottom line to improve further.

With the focus shifting to shale gas, ONGC has taken baby steps in that direction too by drilling the first shale gas well in Jambusar, in the Cambay Basin. Its biggest challenge, however, is to lessen the time lag between making a discovery and starting production. If it succeeds in cutting this down, investors are in for a windfall.

(This story was published in BW | Businessworld Issue Dated 17-11-2014)
Tags assigned to this article: