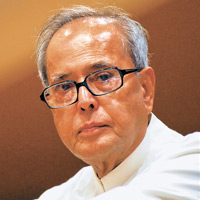 On 7 June 2007, Bear Stearns stopped redeeming two of its funds; three weeks later, Merrill Lynch seized the assets of those funds. Thus started a sequence of bankruptcies and bank failures that, by the end of that year, was threatening to plunge the world into the first major economic crisis after 1929. That was the prospect till the beginning of this year; in the first quarter of 2009, the GDP of G7 countries fell at an annual rate of 8.4 per cent. Then suddenly, the rate of decline fell in the second quarter to 0.1 per cent: output decline slowed down or was reversed in every G7 country. That led to a feeling that the crisis was over. At its Pittsburgh summit, the Group of 20 congratulated itself that its member countries had taken vigorous stimulus measures and stopped the downturn. India watched with bated breath as the economic storm raged in the western world; there was a fear, which no one was prepared to articulate, that we may have a crisis of our own. The growth rate fell in India as well; the dreams of 9 per cent growth forever into the future melted away. Industry, which had led the boom of 2005 onwards, more or less ceased to grow by late 2008. But GDP never came to decline; till now at least, it has shown some growth. Just why other sectors continued to show growth when manufacturing declined is not clear; but this is India, and that is what official statistics tell us.

The government is feeling quite good about this; while giving credit for it to the "average Indian citizen", the Prime Minister's Economic Advisory Council (PMEAC) has appropriated a small proportion of it for the government. While admitting the riskiness of ratcheting up the fiscal deficit, it claims that it was not excessive and that the government will return next year to "fiscal consolidation" — which presumably means lowering the ratio of fiscal deficit to GDP. It draws three lessons from the experience: first, that "prudence" is an essential virtue; second, that deposit banking is better than merchant banking; and third, that financial regulators should be familiar with what they regulate. It says implicitly that the US and Britain got into trouble because their regulators were "imprudent", their banks entered hedging and derivatives trading, and that their regulators did not keep their eyes on the banks. It basically blows a trumpet for India's staid government banks and its conservative Reserve Bank.

The same story, however, receives a different narrative from Matthew Joseph and his colleagues of the Indian Council of Research on International Economic Relations; according to them, India had a narrow escape. From January 2008 onwards, foreign capital started flowing out of India, and Indian companies could no longer borrow abroad. They turned to domestic banks, which could not or did not lend enough. There was a liquidity crisis; by September, call money rates were around 20 per cent. Then trade collapsed; in the second half of 2008-09, exports were down by 18 per cent, and imports by 11 per cent.

That is when the Reserve Bank of India (RBI) woke up. It began to lower repo rates, and to loosen the liquidity limits on bank lending; between September 2008 and April 2009, it released Rs 5.6 lakh crore. But the RBI can only enable banks to lend; it cannot compel them. Banks increased their lending by only Rs 60,000 crore between November 2008 and February 2009 — as against Rs 2.36 lakh crore in the same period a year before.

The RBI tried in so many ways to reach more credit to business, but banks simply did not follow suit; to put it in anodyne official jargon, the monetary transmission mechanism did not work. The government is now boastful about its stimulus packages. They were enormous. Joseph and his colleagues put their size at 5.7 per cent of GDP — as big as that of any other spendthrift nation. But the expenditure was not made to combat recession; it was made to buy votes in the May election. Government expenditure rose by over 50 per cent in the January-March quarter; but the figure fell to 20 and then 10 per cent in the next two quarters.

Thus, fiscal policy had no anti-cyclical intent. Monetary policy had abundant intent, but was ineffective. If the Indian economy has done well, it is despite, not because of policy. The credit that the PMEAC gave the government is excessive. The credit to the common man is a good political ploy. But the most important factor in India's relatively good performance is the fall in prices — which is largely a fall in import prices. It reduced business costs, replenished profits and gave fresh buoyancy to industry.